Sunday, May 3, 1940. Mount of Bel Air. Altitude 1,100 ft. Air crash at ''Champ de Ronfin ''. This Sunday, May 3rd, 1940 on the airfield of Rennes St Jacques, Lt. Colonel Georges Fauvel, 50 years old, prepared for his mission which had to lead him to the air base of Lanvéoc in southern Finistere. He had to fly there for an investigation. He was accompanied in this trip by Lieutenant André Sarran, 38 years old. They both belonged to the airbase of Rennes, Air Battalion 118. Lieutenant Colonel Fauvel commanded the air base of Tours (Indre et Loire), in 1939. The aircraft he was about to fly was a single engine Caudron C. 635 Simoun. This aircraft had the number 75. It was equipped with a Renault engine of 220 CV whose number was 6009 N°192. He had just received an information on weather forecast for the Brittany region. The expected weather was misty in some places, quite dense on the ground and the wind from north / northeast was 7 to 9 mph. At high altitude, the wind was 15 to 34 mph with altocumulus in the sky which should turn later in the morning into cumulus. This meant that the flight was possible because the weather conditions should improve rapidly, knowing that the visibility announced was 2 to 6 miles, reducing in some places to 0.6  to 1.2 miles temporarily. 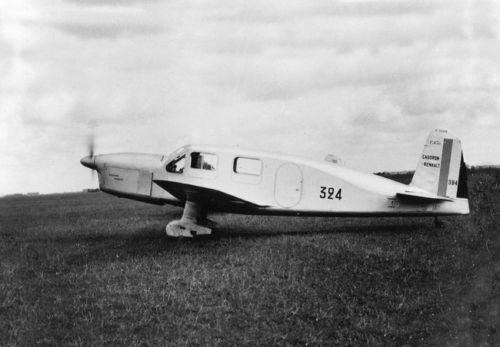 The Caudron C.635 Simoun took off at 9:10 from Rennes St Jacques airfield with the two officers on board. The flight at the beginning went smoothly, but when arrived near the Mont de Bel Air, between Collinée and Moncontour, the aircraft entered a thick foggy layer. Mister Presse, farmer in the village of "Quiauton", led his horses pulling a cart into a field near the road leading to Collinée. His son came to help him in his work. The field where they were working belonged to Mister Lucien Roux and was called "La Lande de Raymond". They suddenly heard a sound of aircraft engine but did not distinguish it yet because of the misty cover. This aircraft semt to be flying away but they realized that it was turning. They heard the noise that was approaching them. Then a loud crash was heard. At this moment, they saw the aircraft crashing into the treetops in the neighboring field and then saw it crash into a terrible noise. It was 10:30. The aircraft had flown 45 miles. The shock was extremely violent. They immediately went to the plane. They heard the calls of the airmen. Mister Jean Morin also saw the scene. He quickly went to the place where lied the dislocated aircraft. With Mister Presse, they organized first aid to wounded airmen. The testimony of Mister Morin was recorded at around 11:30 that same day by the gendarmes. It specified : Morin Jean, 50 years old, farmer at Bel Air. This morning around 10:30 am, I saw a plane flying at low altitude, coming from the direction of Collinée, that was obviously trying to land, and then I saw it flying close to the ground. It then made a half turn, when he hit with his left plane, hitting the ground with his propeller and the engine that ripped off the rest of the aircraft. I immediately went to the scene where both occupants had been thrown out of the aircraft. Assisted by Mister Presse, who had also arrived quickly, we first rescued the Lieutenant Colonel, removing his parachute. Having straw transported, we made him a layer on which we spread him because he appeared seriously wounded. We then rushed to the Lieutenant. We took off his parachute and placed him as best as possible on the straw bed near the other aviator. 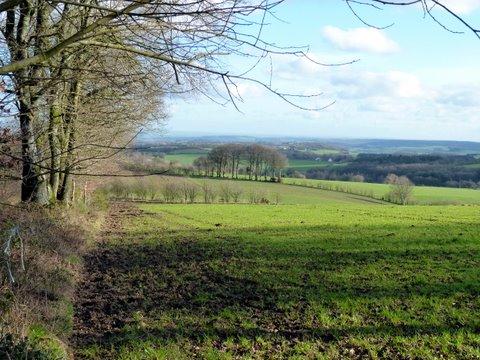 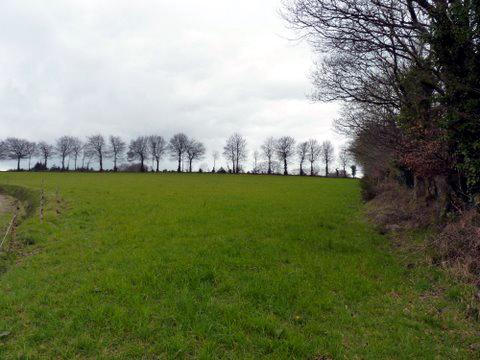 Location of the crash of the Caudron? today

The aircraft came from the south flying about 160 ft above sea level. The wind came from the north but there was fog, rather thick in some places. The aircraft turned to his left to land in the opposite direction of travel. The flight appeared normal and the engine ran smoothly. Mister Alain Geffray, of Trébry, collected testimonials and memories about this event, which made it possible to direct the research and to finalize this sad event. In these testimonies appear that the witnesses quickly organized the rescue. They quickly made two makeshift stretchers. They led the wounded airmen to the summit of Mount Bel Air, at the bar of the spouses Rault (Philomène and Jean Baptiste). Doctor Sagorin, from Moncontour, quickly went home and organized the transfer to the hospital of Saint Brieuc. Lieutenant Colonel Fauvel died of his injuries the same day at the general hospital of Saint Brieuc. Lieutenant André Sarran, seriously injured in the accident, survived the crash. The following days, the population went to the scene. It is clear that the Germans did not yet occupy the region. They arrived a month later and organize a radio station wher, in 1942, they will raise several metal pylons where ironworkers of the region were forced to work on order of the occupant. In several testimonies we note the quality of the prefabricated barracks that the Germans had installed on the south face of the Mount. We also found that the aircraft was gray and had the national colors on its tail. The rumor circulated in the following days that the airmen had not survived this accident. It has been more than two years since I started this research. I was initially on the idea of ??the fall of an English aircraft in 1944, whose pilot was Lieutenant Thomas Fargher. It turned out that this hypothesis was wrong, then we went on all the times of the war with a plane of different nationalities. We talked about air combat and other people said that this aircraft had burned. This recent synthesis has directed us towards this Caudron aircraft victim of the fog.

Acknowledgments for the help given in this research to Mr. and Mrs. Corbel, Mr. Sagory Emmanuel, Mrs. Mahé, Mr. Marcel Ruffay, Mr. Arsène Oger, Mr. André Robin, Mr. Hervé. I would especially like to thank Alain Geffray for his research and data collection. Thanks also to the staff of the town hall of Trébry.
Identification of the crash, François-Xavier Bibert. Accident report Daniel Gilberti & Lionel Persyn.