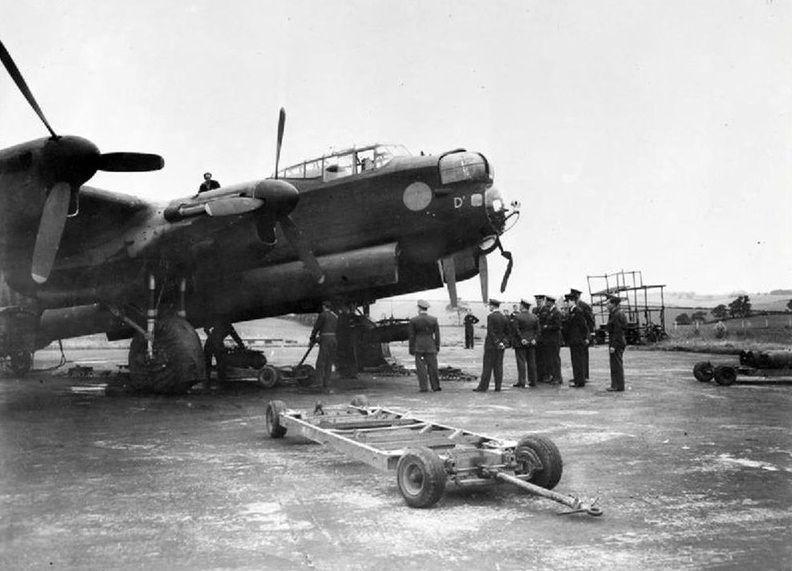 Avro Lancaster Mk I no 460 Squadron RAAF
© with courtesy www.adf-serials.com.au

The story of Flight Sergeant John Bullfinch THOMAS is strange. Born in Perth, Australia, on October 26, 1917, he was the son of Robert and Johanna THOMAS. On Tuesday June 5, 1945, World War II ended a month ago. From Brinkook, England, the Lancaster Mk 1 NN 799 took off for a training flight over France. Everything was going normally. The pilot, Saxe Eric COVERDALE, was piloting this aircraft. Flight Sergeant THOMAS occupied the rear turret of the bomber. In the middle of the day, the four-engine aircraft flew over the Saint-Malo region at an altitude of 12,000 feet when suddenly, the autopilot broke down, leading the aircraft into a dizzying descent. Arrived at 700 feet, COVERDALE finally succeeded in taking back the controls of the Lancaster. A few minutes later, the aircraft was stabilized and under control and headed the return route. Suddenly, a crew member noticed that John Bullfinch THOMAS was no longer on board. He warned everyone. They discovered that his parachute tangled in the controls of the turret he occupied. Did he think the aircraft was about to crash ? Probably yes. He hadn't told anyone of his decision to bail out. Everything must have happened very quickly. The rest of the crew returned safely to the base.

He therefore fell into the sea. His body was found on July 25, 1945, on the beach of "Les Grèves d´en Bas in Plévenon", Côtes d´Armor, west of Cap Fréhel, Brittany. He was 28 years old.