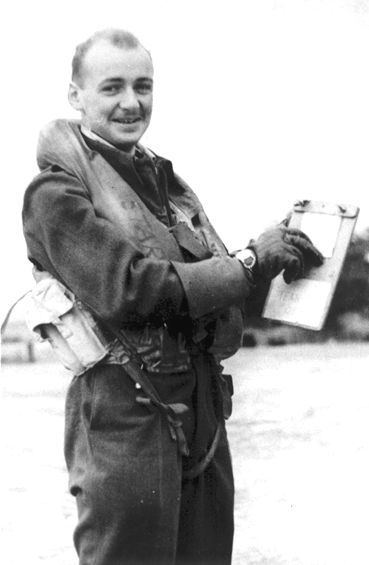 THE STORY
Squadron Leader "Pinkie" Lawrence W. F. STARK, D.F.C. and Bar, A.F.C., Belgian "Croix de Guerre".
Born in Bolton, Lancashire, November 16, 1920. Died in Medway, Kent, August 1, 2004.
On January 9, 1940, he joined the R.A.F. at the age of 19. Sent to Canada for his training, he returned to Great Britain in mid-1941. After his period in the 56 O.T.U. at Teeling, he joined the 182 Squadron at Sawbridgeworth, where he discovered the Typhoon. On January 10, 1943, he was transferred to the 609 Squadron in Manston. On March 12, one heard of him already. Between Dunkirk and Mardyck, F/Sgt Stark and Sgt Leslie attacked 4 Focke-Wulf Fw 190 at 0 feet. Stark claimed one, although he was hit, and Leslie damaged another. On October 5, he won the squadron's 200th victory : a Junkers Ju 88 near Soissons, as well as a Messerschmitt Bf 110 on the ground. The fight took place so low that Stark brought back branches encrusted in the radiator of his Typhoon. As it should be, this 200th victory was celebrated with dignity on October 20 at the Majestic Hotel in Folkestone !
On November 2, he shot down again a Junkers Ju 88 and on January 4, 1944, he obtained a collaborative victory over a Do 217. Also in January, on the 27th, when flying near Brussels, he shot down a German twin-engine aircraft which semt to him to be a Caudron Goeland. In fact, it was a Focke-Wulf Fw 58 "Weihe" which crashed in Rhode-St-Genèse, a town located between Brussels and Waterloo. The three crew members were killed. On January 30, he claimed another Focke-Wulf Fw 190. On February 18, 1944, he was affected to 263 Squadron, where he took command of the A Flight. On February 28, he was awarded the D.F.C. for his actions with the 609 Squadron. His missions now consisted of ground attacks in anticipation of the next landing in Normandy. On April 6, when landing, F/Sgt Cooper collided with F/Lt Stark's aircraft. No one was hurt, but the two Typhoons were screwed up ! On the 18th of the same month, during a "sweep" in Paris and its surroundings, he seriously damaged a truck and a Wehrmacht command car. He naturally participated with his unit in support of the landing of June 6. On the 14th, he brilliantly brought back his Typhoon, although several control of the aircraft had been damaged by the Flak.

On July 3, luck was no longer on his side. During the "Ramrod" 151, whose objective was a power station at the Guerlédan dam, located between the municipalities of St Aignan and Mûr de Bretagne, his Typhoon (MN527) was hit by the Flak. "I took off from Bolt Head, he said later in his escape report, at 2:00 p.m. on July 3 for a 'Ramrod'. The target was near "Mur de Bretagne" (France). After the attack on the target, the aircraft was hit by the Flak. Glycol escaped from the engine, but I was able to climb to 6,500 feet. After a few minutes, the engine started to vibrate and the aircraft lost altitude. I bailed out at 1,200 feet at about 2:40 pm and landed in a field, 1 mile south of Mallouen Wood. I lost a shoe during my parachute jump. Two farmers were working in the field where I landed and I gave them my parachute, harness and Mae West, asking them to destroy them. I learned later that this had been done. I kept my gun. and 50 bullets. These two farmers told me there were French partisans in the woods about 1 mile north of my drop point. I went in that direction, but I saw a large farm on my way. I laid down in a field to observe this farm until 8:30 p.m., when I chose to look for help there. During this time, I had removed all my distinctive signs from my uniform, ranks, etc. I was welcomed there, received clogs and a meal. Then everything was organized for the rest of my escape "(1).

On July 13, Stark was already back in Britain. Barely 10 days after being shot down in enemy territory. A record for the squadron ... For safety reasons, he was posted to Gloster Aircraft Co. as a test pilot. In November, he was awarded a Bar at his D.F.C. Then, in March 1945, he was again assigned to an operational unit, 164 Squadron. He only stayed there for 4 days, as he was given command of his old unit, 609 Squadron, which he came back with great pleasure. He remained Squadron Leader there until victory. During the war, "Pinkie" Stark survived 255 operational missions and with a record of 5.5 victories plus one on the ground.

After the war, he continued to fly in the R.A.F. that he left on November 15, 1963. In the meantime he was granted the A.F.C. and the Belgian Croix de Guerre. He then converted to civil aviation to end his career as director of Rochester Airport. He finally retired on March 31, 1987, but throughout his life he remained very attached to 609 Squadron and participated in the many events of his association. He thus remained in contact with his former comrades and also with the many Belgian pilots who were part of the 609 Squadron.

Thanks to Régis Decobeck for this biography of Squadron Leader STARK "Pinkie".

(1) The Squadron leader Stark escaped by the Shelburn network : embarkation and passage of the Channel on the night of July 12 to 13, 1944 (Bonaparte 6), operation Crozier 1 with many other American and British aviators. The speedboat was commanded by Captain Mike Marshall and the navigator was David Birkin (father of Jane Birkin). Read "Les aviateurs du Réseau Shelburn (in french) - Plouha, Plage Bonaparte 1944" published in the "Collection ABSA 39-45". 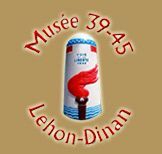 REMAINS OF THE TYPHOON EXHIBITED AT THE MUSEUM 39-45 LEHON-DINAN (22)
Photos Jean-Michel Martin (ABSA 39 45). A big thank you to Eric PASTUREL for authorizing the shooting in his museum. 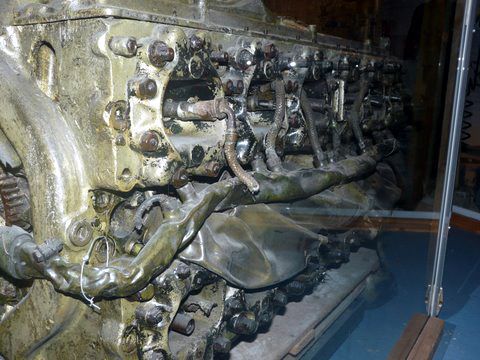 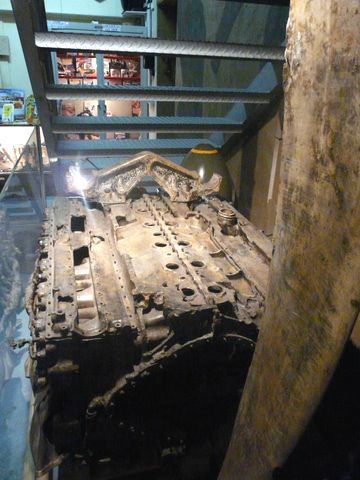 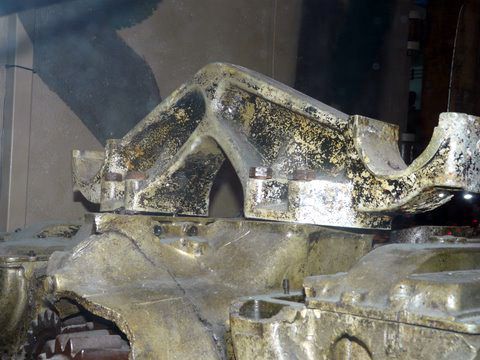 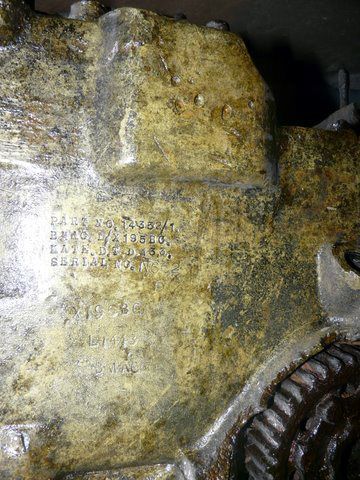 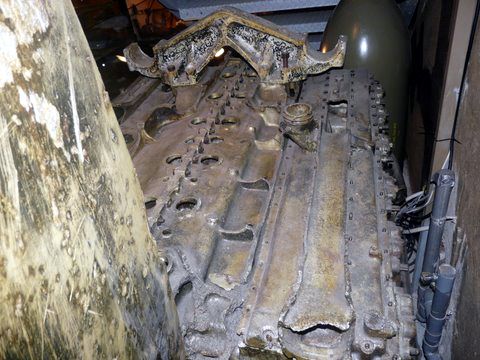 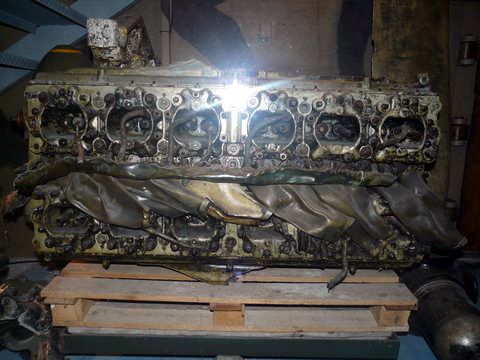 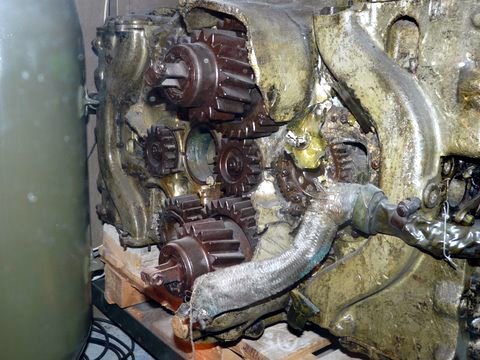 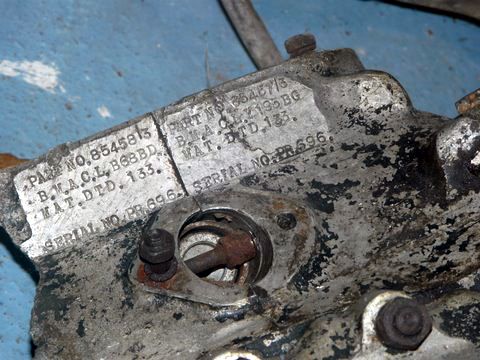 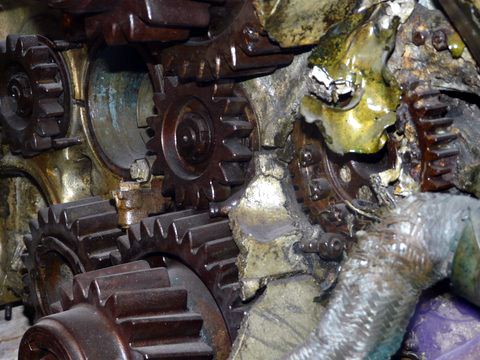 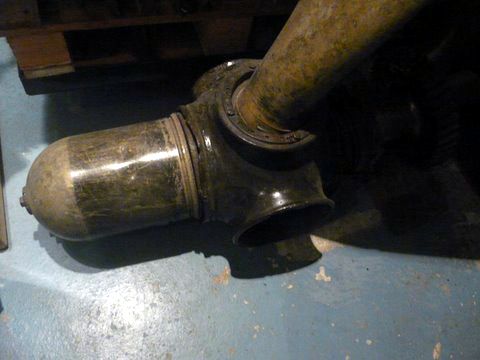 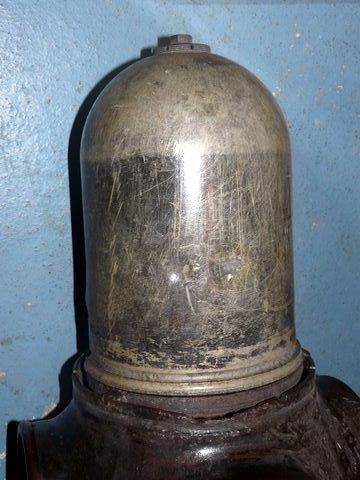 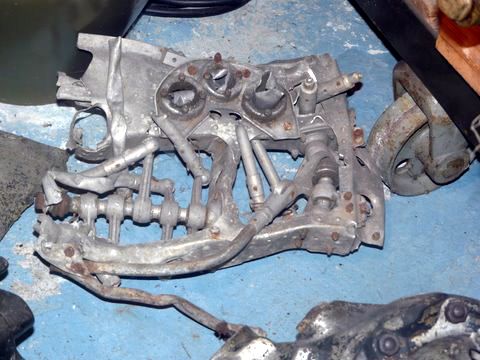 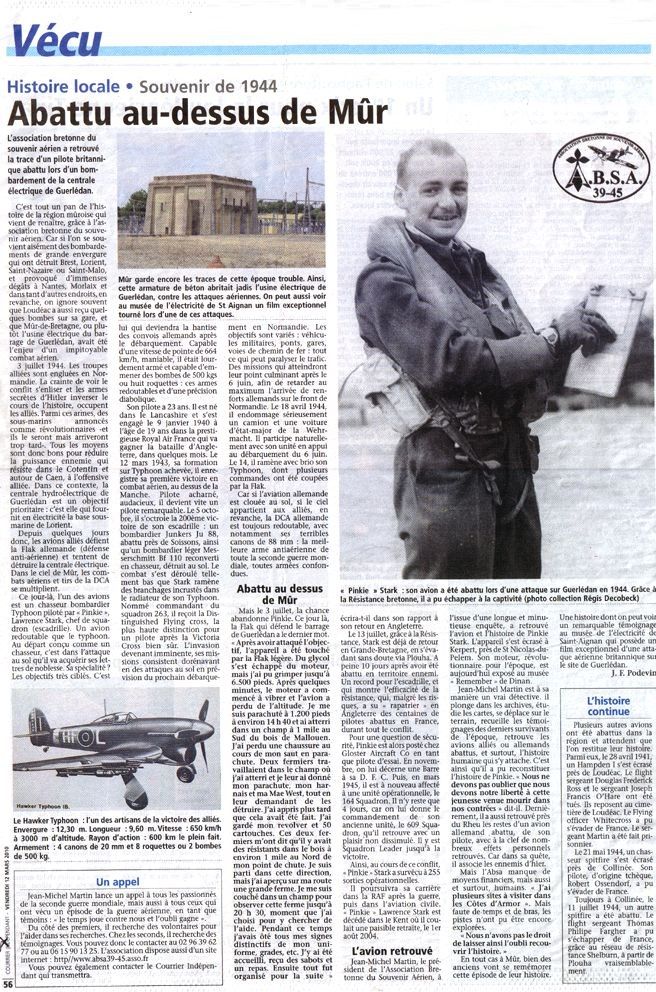