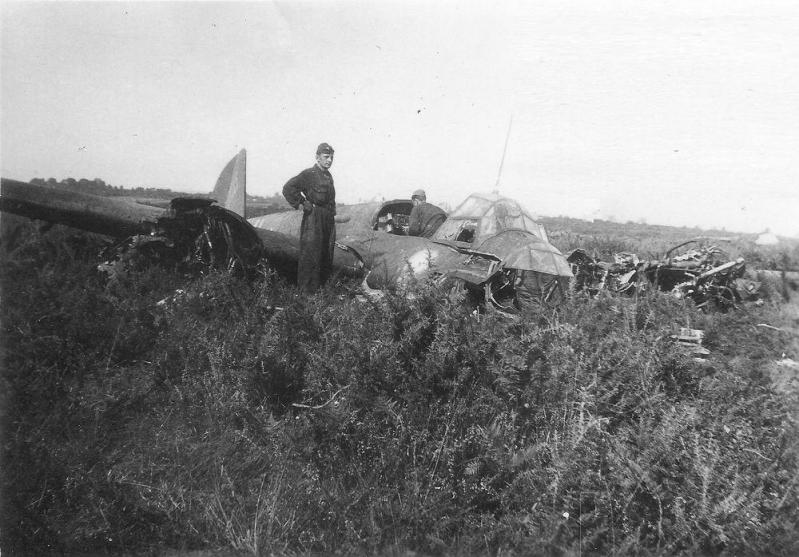 On September 4, 1940, the Junkers Ju 88 A-1 WNr. 0103 took off at 11:08 a.m. for an airfield reconnaissance flight in the Southampton - Birmingham - Liverpool area. During the return flight over the English Channel, an electrical problem caused an engine fire. The pilot decided to attempt an emergency landing at Brest airport. The gunner prefered to bale out from a height of 45 m just before landing ; he was nearly uninjured. The pilot finally managed a forced landing in a field near the Brest runway. However the Ju 88 was 100% destroyed. The three crew members who remained on the plane were injured and evacuated to nearby hospitals. 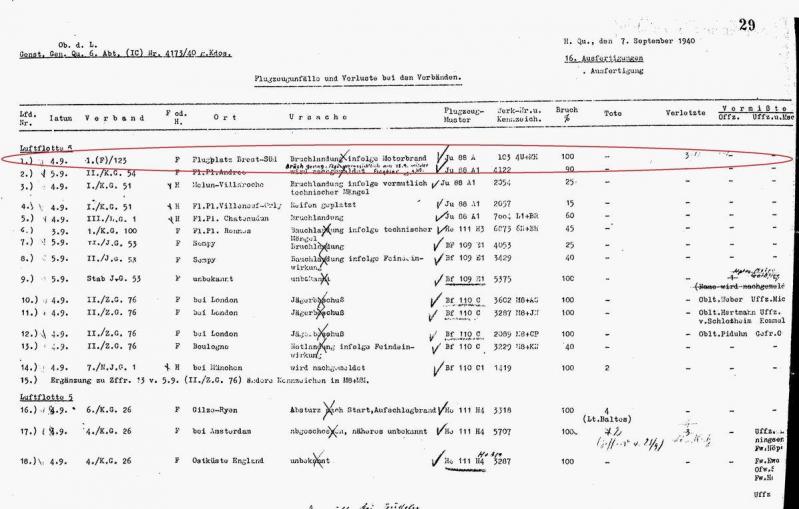