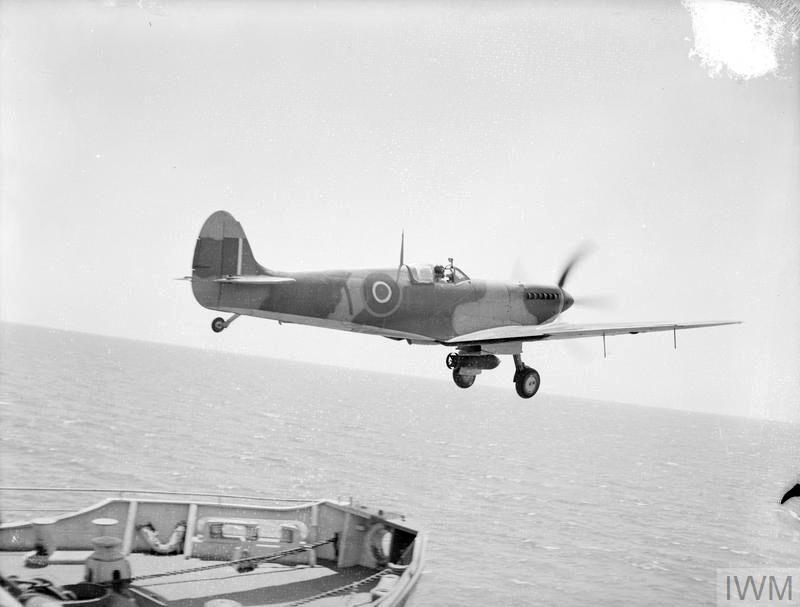 On May 9, 1944, 4 aircrafts took off from the RAF Culmhead base in Churchstanton, Somerset (UK), for a mission to attack the airfields of Kerlin-Bastard (Lann-Bihoué, 56), Vannes-Meucon (56) and Gaël (35). When arriving over the airfield of Meucon, around 6 pm, the Seafire of Lt. MEAKIN was hit by the Flak. The aircraft lost slowly altitude, loosing smoke, but seemed to remain under control. The aircraft crashed in Kervran en Plaudren; Raymond THOMAS, farmer, being nearby, rushed and found the pilot lying on the ground, about fifteen meters from his aircraft, injured in the legs and wrists ; his face was also bleeding. Raymond THOMAS was joined by Joseph MORIO, communication channel guard. The Germans arrived around 6.30 p.m. and took the pilot in charge. Peter MEAKIN was therefore captured. He was transferred to Germany to Obermassfeld hospital, south of Meiningen in Thuringia, for treatment. He was then transferred to the Oflag IX-A in Burg Spangenberg in Hesse. 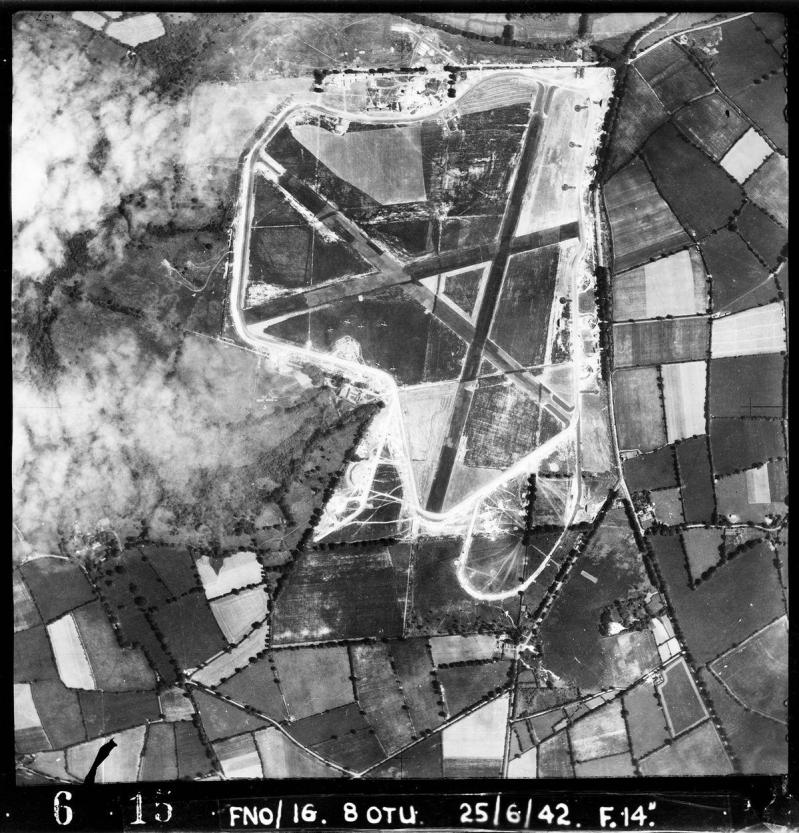 "On May 9, 1944, around 6 p.m., I was returning from the town of Plaudren and I was going back home, when, on arriving at Kervran en Plaudren, I saw an aircraft falling, about two hundred meters from me. I rushed to the scene and found, lying on the ground, the airman who was about fifteen meters from the aircraft. This airman had a bleeding face. He had injuries to his legs and wrists. He was not chatting French. Five minutes after the aircraft fell, I was joined by MORIO Joseph, living in the village of Plaudren. We stayed near this aviator until the arrival of the occupying troops who took him in charge, at around 6.30 p.m. At first glance, when I saw the aircraft crashing, I didn't know whether it was a German or a British aircraft ; it was only some time later that I was able to understand, when I was with the airman that he had the English nationality."

" On May 9, 1944, around 6 p.m., I was in the town of Plaudren, when I saw an aircraft crashing into the ground. I immediately rushed to the scene to help the airmen. When I arrived, THOMAS Raymond and the airman were near the aircraft. When I saw the markings on the aircraft, I understood that it was an English aircraft. Previously, I didn't know if it was a German aircraft or something else. With THOMAS, I stayed near the airman, who, about thirty minutes after my arrival, was captured by the occupying troops." 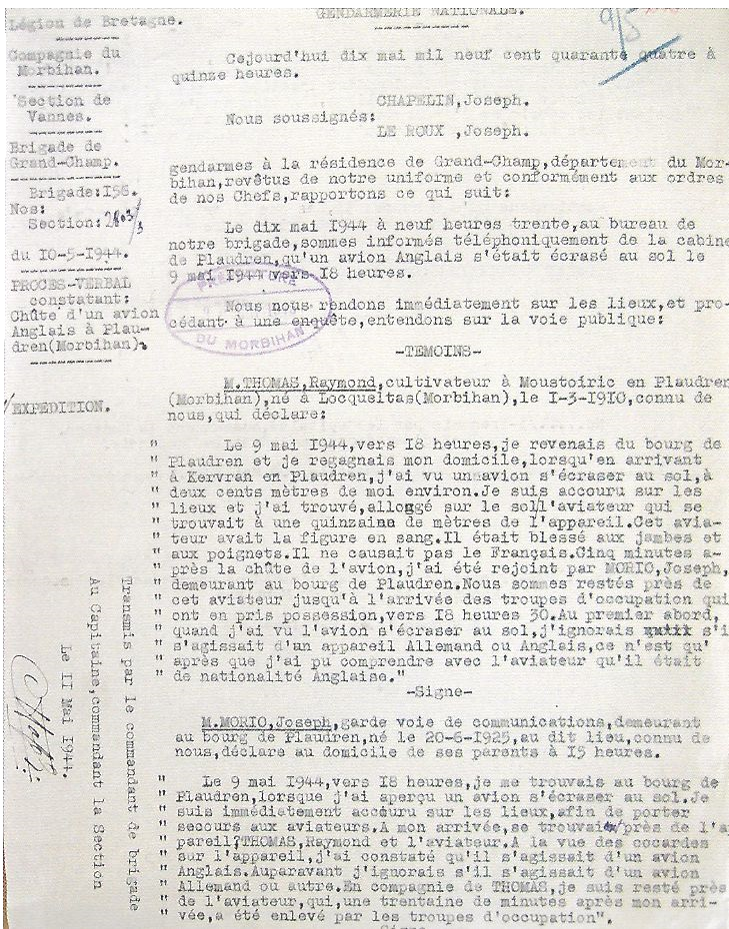