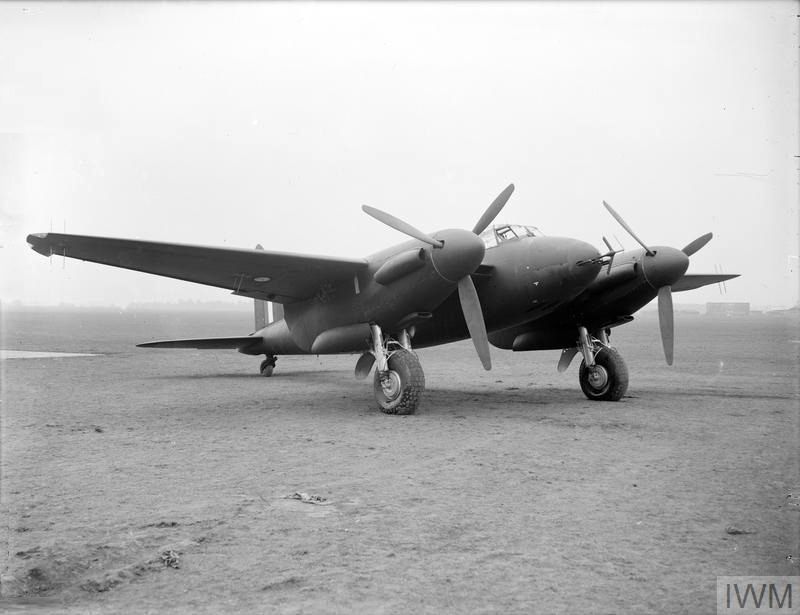 Mission Ranger for the night of March 11 to 12, 1943. Target: Rennes and its region. Taking-off from Colerne Field in Wiltshire County, South West England. The Mosquito NF Mk II DD661 took off at 9:06 pm. The second Mosquito NF Mk II DD721 took off at 9:35 pm. The next morning at 8:25 am, the Mosquito DD727 took off for the Ranger mission No. 14 and 15, with on board Flying Officer GIBB WALTER FRAME and his navigator Flying Officer MOUTAIN F. Their mission was to look on the French coasts after the tracks along the creeks of the two Mosquito missing the night before, but they did not see anything.
The crew of Mosquito DD661 was missing in the Gulf of Saint Malo. The two men are commemorated at the Runnymede Memorial (Located at Englefield Green, near Egham, thirty-two kilometers west of London, the Runnymede Memorial honors the names of twenty thousand four hundred and fifty died people). From the second Mosquito DD721, the body of the Flying Officer LAWRENCE, CHARLES RADFORD was buried in the cemetery of Dinard. His body discarded at sea was probably found on a beach.

In 2001, we investigated the register of the cemetery in the city archives in Dinard and found a telegram to the departmental archives in Rennes, indicating that the body of a "Canadian" airman was discovered on a beach of Saint-Cast, according to a report of the gendarmerie dated 18 May 1943. The burial register of the Dinard cemetery indicates that an airman was registered by the Germans as a F/O RAF, UNKNOWN on 17 May 1943.

April 2016 :
Jimmy Tual, specialist of WWII and member of the ABSA 39-45, found the minutes of the gendarmerie in the Departmental Archives of Saint Brieuc.

Minutes of Constable Léon Plessix and Le Jeune Yves living at Matignon, Department of Côtes du Nord. Minutes No. 247, concerning the discovery of a body of a Canadian airman at the locality "La Mare" in Saint Cast, May 17, 1943.

Obeying our chiefs, being at our barracks, were informed by telephone by the town hall of Saint Cast, that the body of a Canadian aviator had just been discovered on the beach of the locality "La Mare" in the said town. We quickly went there and found the following : the body was placed on the sand, out of the sea, at the location mentioned above. He had neither head nor hands. The left foot was also missing. He was wearing a navy blue gabardine uniform. On the epaulets of the uniform was the word "CANADA", embroidered in capital letters with white thread. On a false collar, attached to the uniform by a button, one could read the word RAF. The German authority at St Cast told us that they were keeping the body and that we could leave. The guard was provided by the post of Corbière, located at the top of the cliff dominating the edges of the Mare.

Conducting an investigation to find out under what conditions this body was discovered, we collected the information below.

Mr. Martin, Pierre, 55, retired from the Judicial Police, living villa Mignonette, at the "Isle-sur-St-Cast", told us : this afternoon, around 3:30 pm, when looking for goëmon around la "Mare en St-Cast", I saw a body floating among the goëmons at about thirty meters from the shore. At the same moment, two German soldiers arrived on site, took the body and placed it on the beach, out of the reach of the sea. They also asked all curious people to leave and made us understand that they were going to take care of it. I presumed it was the body of a Canadian airman. He had neither head nor hands and only one foot. On the shoulder of his uniform, we read "CANADA". As the Germans took care of this body, I left. In the same time, the coast guard was arriving there.

Mr. Lorre, Jean, 47 years old, coast guard, in the village of St-Cast, told us : I was on duty at the port of St-Cast, I learned that the body of a Canadian aviator had been discovered by Mr. Martin, retired from the Judicial Police, at the locality "La Mare". I went immediately on site. When I arrived, the body was out of the water and transported on the sand out of reach of the sea. Close to it were four German soldiers who had just searched in his pockets. I asked if he had any papers on him, a broken pen and a cufflink, in gold marked A.S.P. This body had neither head nor hands. He missed his left foot. I assume he stayed in the water about four months. After such findings, I went to the town hall where I warned Mr. Hervé, senior Deputy Mayor. The latter went with me on site. At that moment, I noticed that the cuff was gone. I can not tell you who took it away. The German soldier on duty had left his post. Some people were around the body, Mr. Hervé went to the German authorities of St-Cast. They told him that they took care of the removal of the body.

Mr. Hervé, Jean, deputy mayor of the city of Saint-Cast, told us : as soon as I was informed of the discovery of a body on the beach of "La Mare", I went on site after you have phoned. After making sure that this body was the body of a Canadian soldier, I got in touch with the German authority. They informed me that they were taking the body in charge and that custody would be provided by the German post of "La Corbière". The Feldgendarmerie had to go on site the following day. I was to be informed of the decisions made regarding the day of the burial.

On such basis, we have drawn up the present in three destinations : the 1st to the Prefect of the Côtes du Nord at Saint-Brieuc ; the 2nd to Mr. Feldkommandeur at Saint-Brieuc; the 3rd in the archives.

4 April 2016, ABSA 39-45
Attempt to identify the body of the Canadian airman carrying a cufflink with the initials A.S.P.
The list of Canadian airmen who died between January 1 and May 17, 1943 is very long. After a few hours of research in the list of killed airmen at CWGC, and finding no information regarding the initials A.S.P., I put the question on the forum "RAF Commands". On the 8th of April, the answer was brought by Mojmir. The initials were not corresponding to those of the pilot, the Canadian Flying Officer, Arthur William Jarvis PIERS, but those of his father : Arthur Stapleton Piers, living in Westmount, which is a city in Quebec, Canada (located on the west side of Mount Royal, this city is predominantly Anglophone). The parents of his navigator, Flight Sergeant Thomas Bryan HILL, were originally from Boars Hill, located in Hamlet County, southwest of Oxford, England. Almost a year before, on February 26, 1942, his 21-year-old brother Flight Sergeant (air gunner) William Stapleton (Billy) PIERS disappeared. He served with the Royal Canadian Air Force ( RCAF) at No. 405 "Vancouver" Bomber Command Squadron. 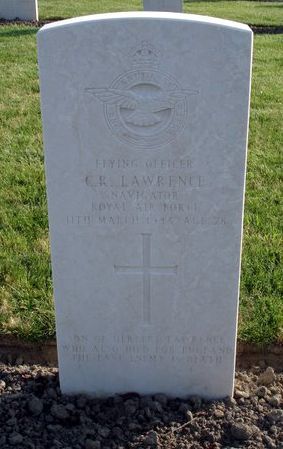 As mentioned at the beginning of the story for the second Mosquito DD721, only the body of the Flying Officer (pilot) Charles Radford LAWRENCE was found and buried in the cemetery of Dinard. As a combination of circumstances, Charles was the son of Herbert Lawrence, who was an Able Seaman in the Royal Naval Volunteer Reserve, on the Knight Templar SS "Merton Hall", a cargo ship that disappeared at sea on February 18, 1918, during a trip from New York to La Pallice, the freighter having on board a load of steel. It was sunk by the U-53 (Hans Rose) 30 miles northwest of Ushant Island with 57 people on board, all lost at sea. Charles Radford LAWRENCE was originally from Southbourne Bournemouth in Dorset County. Flying Officer Anthony Hugh STANLEY, his navigator, was the son of Colonel Honorary Algernon Francis Stanley, D.S.O., his mother Lady Mary Cavendish Grosvenor, of Chippenham, Wiltshire. Anthony Hugh STANLEY was born on February 20, 1923.

In the city archives of Saint Brieuc, we found documents on the recordings of the burials of airmen of the RAF and the USAAF. From the Saint Brieuc cemetery, ST. BRIEUC WESTERN COMMUNAL CEMETERY, it is indicated : Pilot Sergeant R.A.F. unknown, date of burial on 11/03/1943, indication of grave H.I. 26. Then another RAF Sergeant, date of burial on 19/03/1943, grave H.I. 24, (that of a body rejected by the sea on March 17, 1943 in Dahouët at Pléneuf). These two burials made us think of members of the crew of one of the two Mosquito ; it is possible that one of the two bodies buried in St Brieuc was found a few days after the crashes at sea. Except that we find in the cemetery of St Brieuc only one burial, the one of Sergeant aviator R.A.F. dated March 19th.