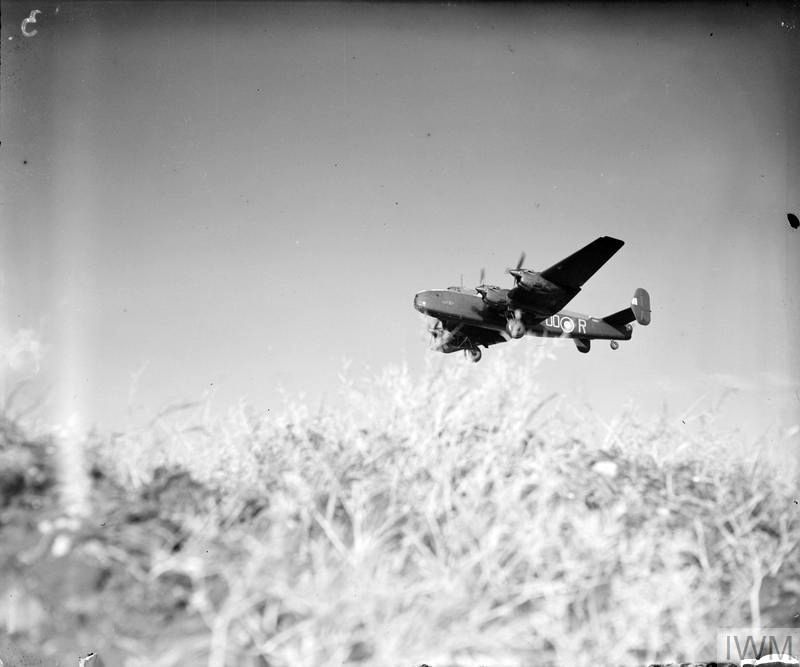 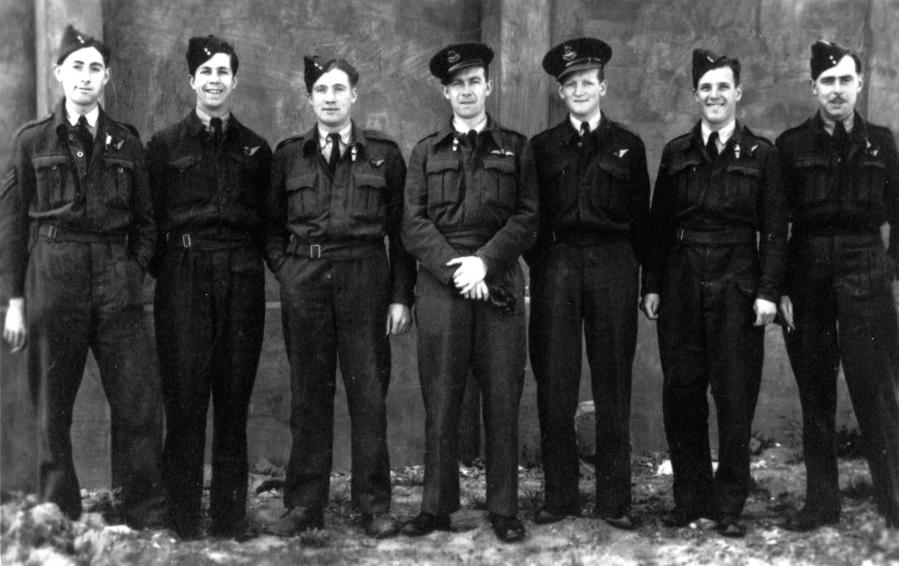 The aircraft of no 138 (Special Duties) Squadron had taken off from the Tempsford base to drop equipment to the Resistance in Chauvigny (Haute-Loire). It disappeared during the night of July 18 to 19, and the wreckage was not found but we may think that the aircraft fell off Saint-Pair-sur-Mer (50), during its return flight.

But why presenting an aircraft that fell off Normandy coasts in the ABSA 39-45 website ? Just because of the three bodies that were found, two were found on the Normandy coast and the third in Ploubalay, in the Côtes d'Armor (Brittany). This 3rd body was discovered on August 15, 1944 in a stream connecting to the sea at La Roche en Lancieux and was identified by American soldiers as being a British airman. The American soldiers took away the papers found on the body, leaving only an identity plate with the following inscriptions: 1.614. 168 CE - RL L. EE. This plate was left at the town hall of Lancieux. 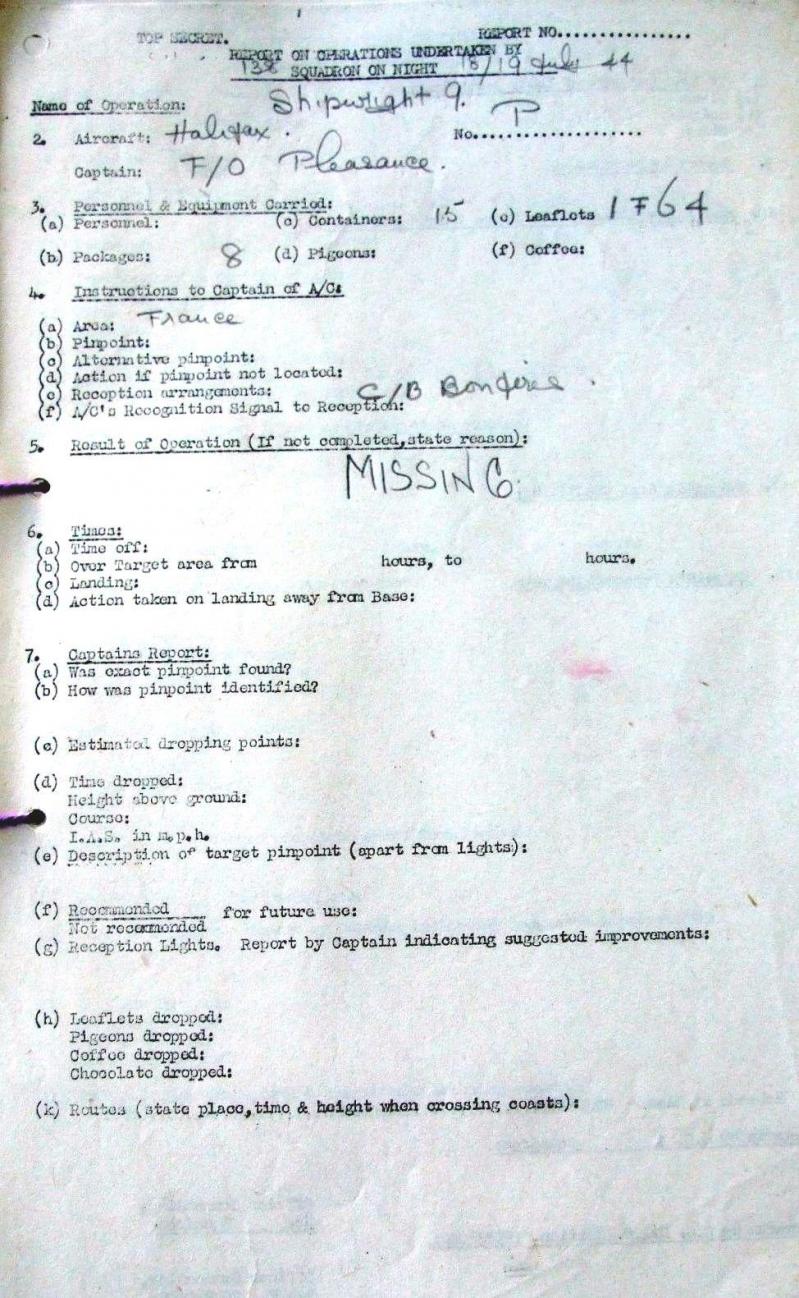 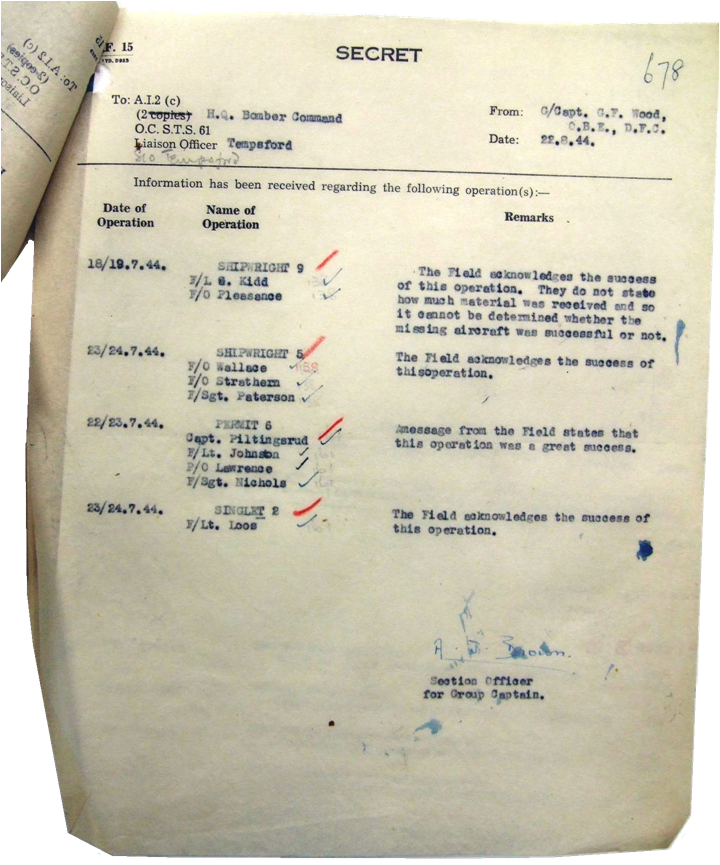 Document mentioning that the mission was a success (material delivered) but we do not know whether the Halifax LL387 could deliver the material. The remark regarding the operation "Shipwright 9" of the F / O Pleasance says : "The Field (understand the Resistance) acknowledges the success of this operation. They do not state how much material was received and so it cannot be determined whether the missing aircraft (our Halifax) was successful or not."
Photo © The Tempsford Special Duties Squadrons

We would like to thank Bob Body from the website "The Tempsford Special Duties Squadrons" for his valuable information and documents.