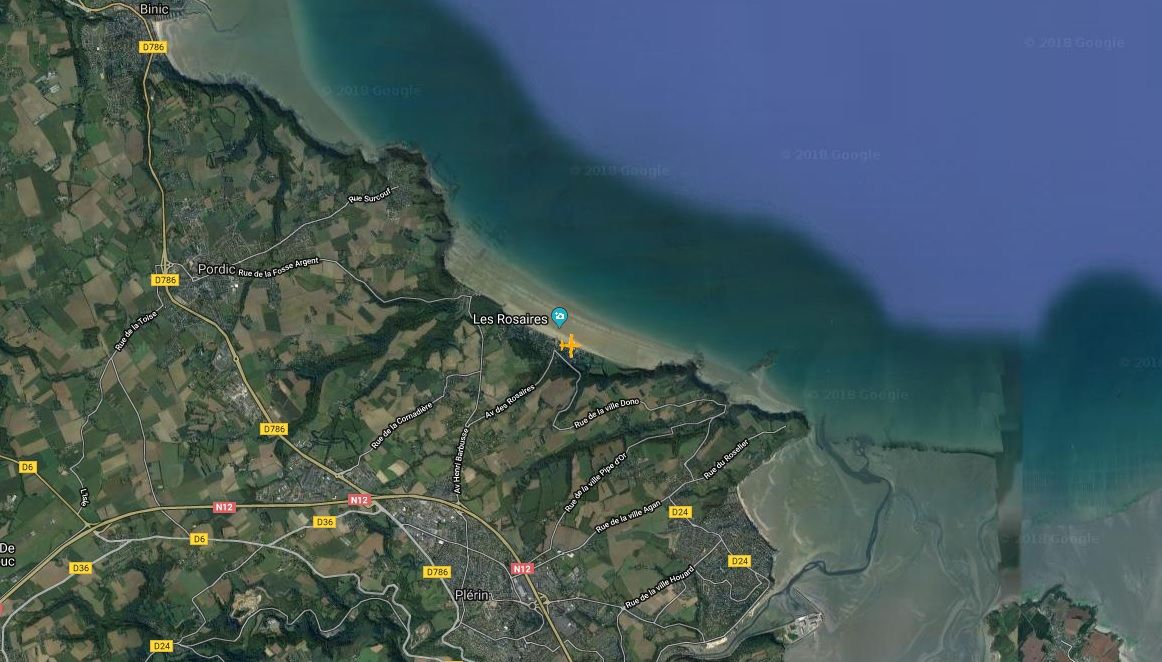 De Havilland Mosquito DZ466 was built at Hatfield under contract 555/C.23(a). Converted to PR.IV standard during December 1942 and January 1943, DZ466 was assigned to 540 Squadron. On February 20, 1943, F/O Payne and Sgt Kent took off from Benson base dans le DZ466 to make a photographic reconnaissance of Vienna and Linz area, according to a first source, of Paris according to another source. The Mosquito did not come back and landed on beach "Les Rosaires". The two crew members were captured. 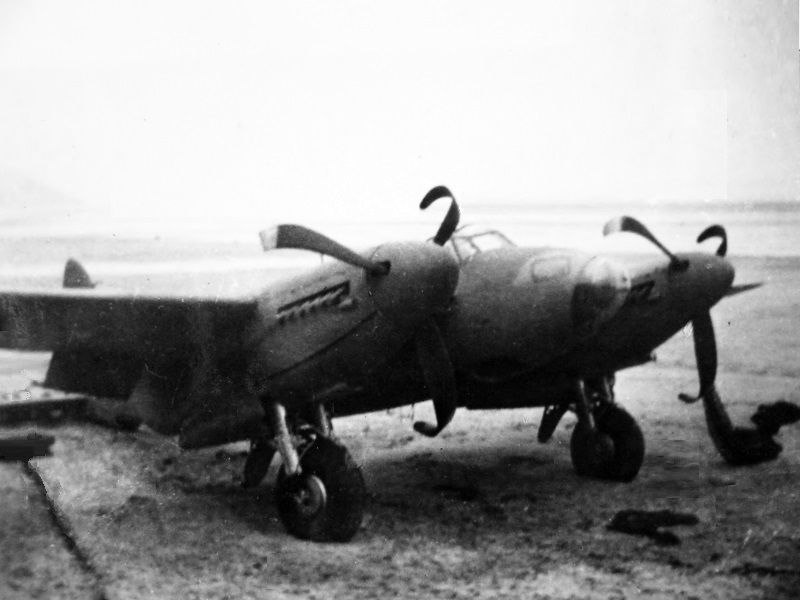 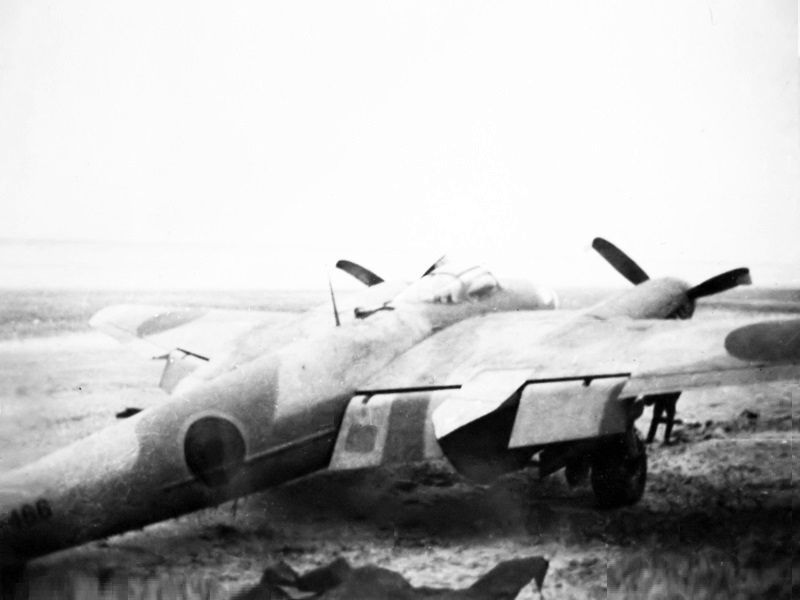 Mosquito DZ466 after landing. The propellers were damaged as it can be seen clearly in these photos.
Photos source unknown 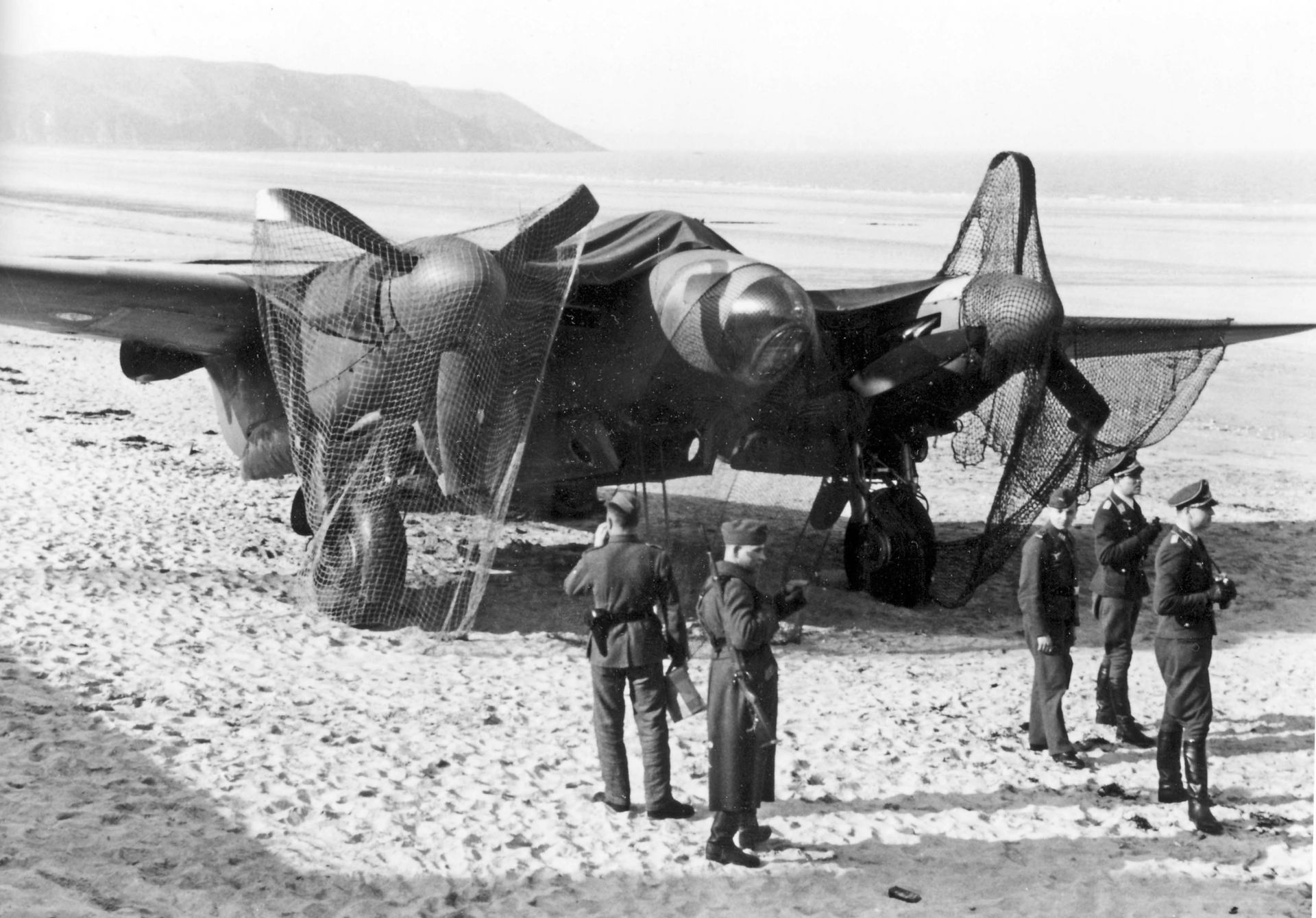 Another photo of the Mosquito DZ466 after landing, surrounded by Germans.
Photo source inconnue 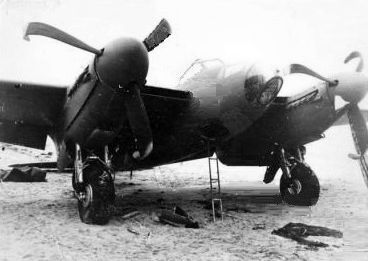 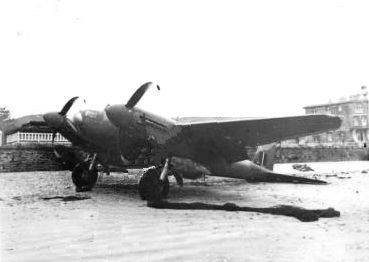 Other views of the Mosquito DZ466 after landing
Photos source unknown 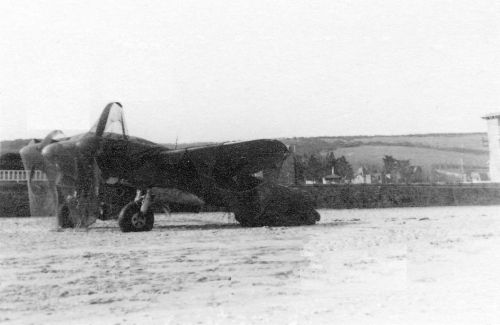 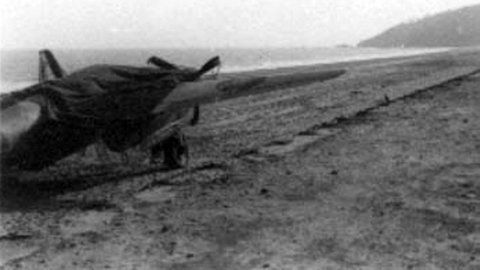 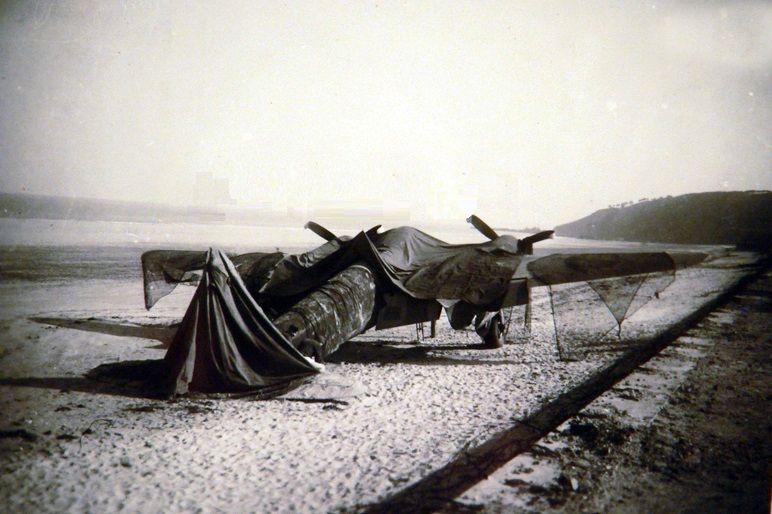 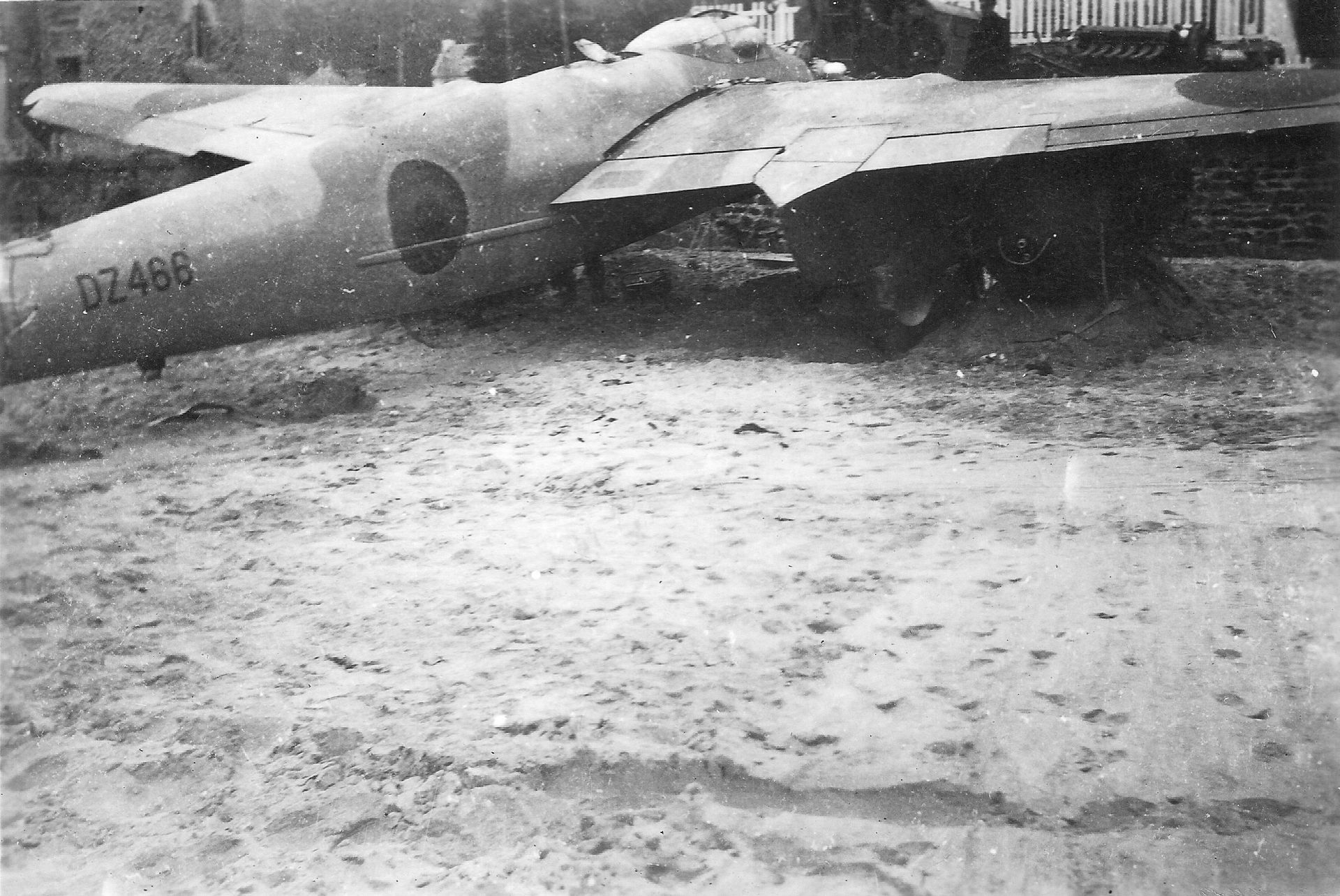 The code DZ466 is perfectly visible in this photo.
Photo collection Benoit Paquet 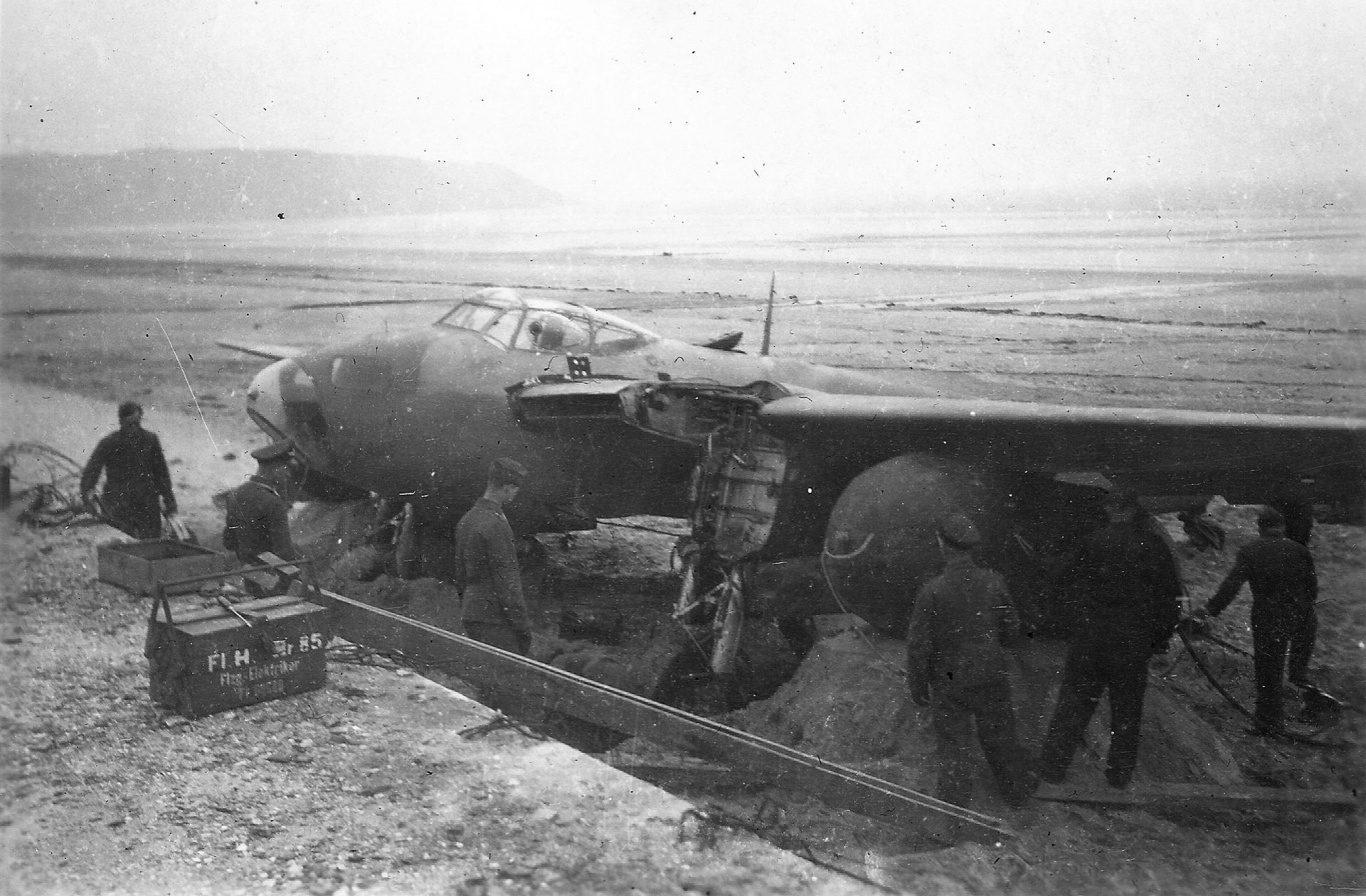 The engines have been dismantled. Balloons were inflated under the wings of the aircraft.
Photo collection Benoit Paquet 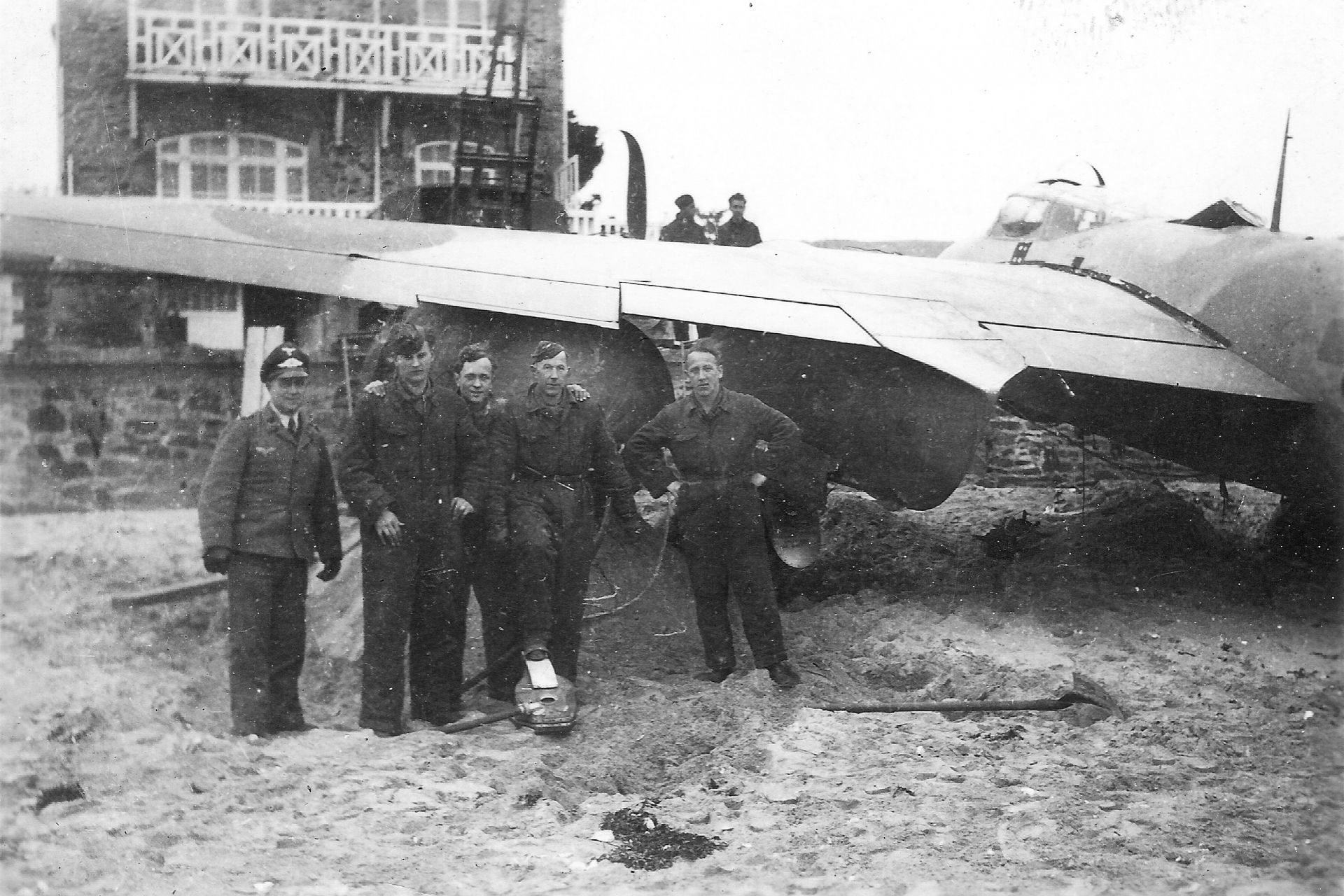 A group of soldiers in front of the Mosquito. A device on the ground looks like an inflation bellows (for balloons?).
Photo collection Benoit Paquet 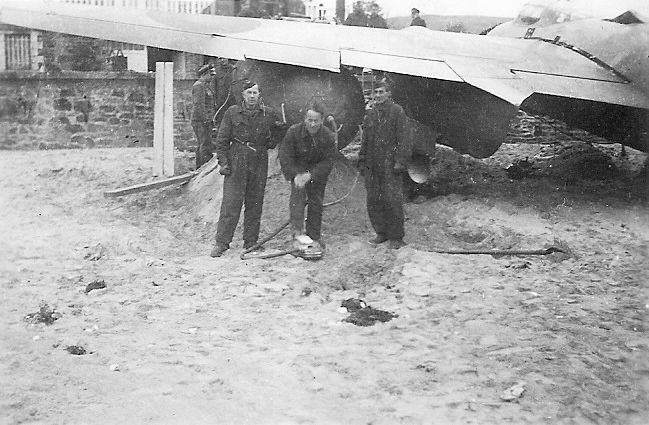 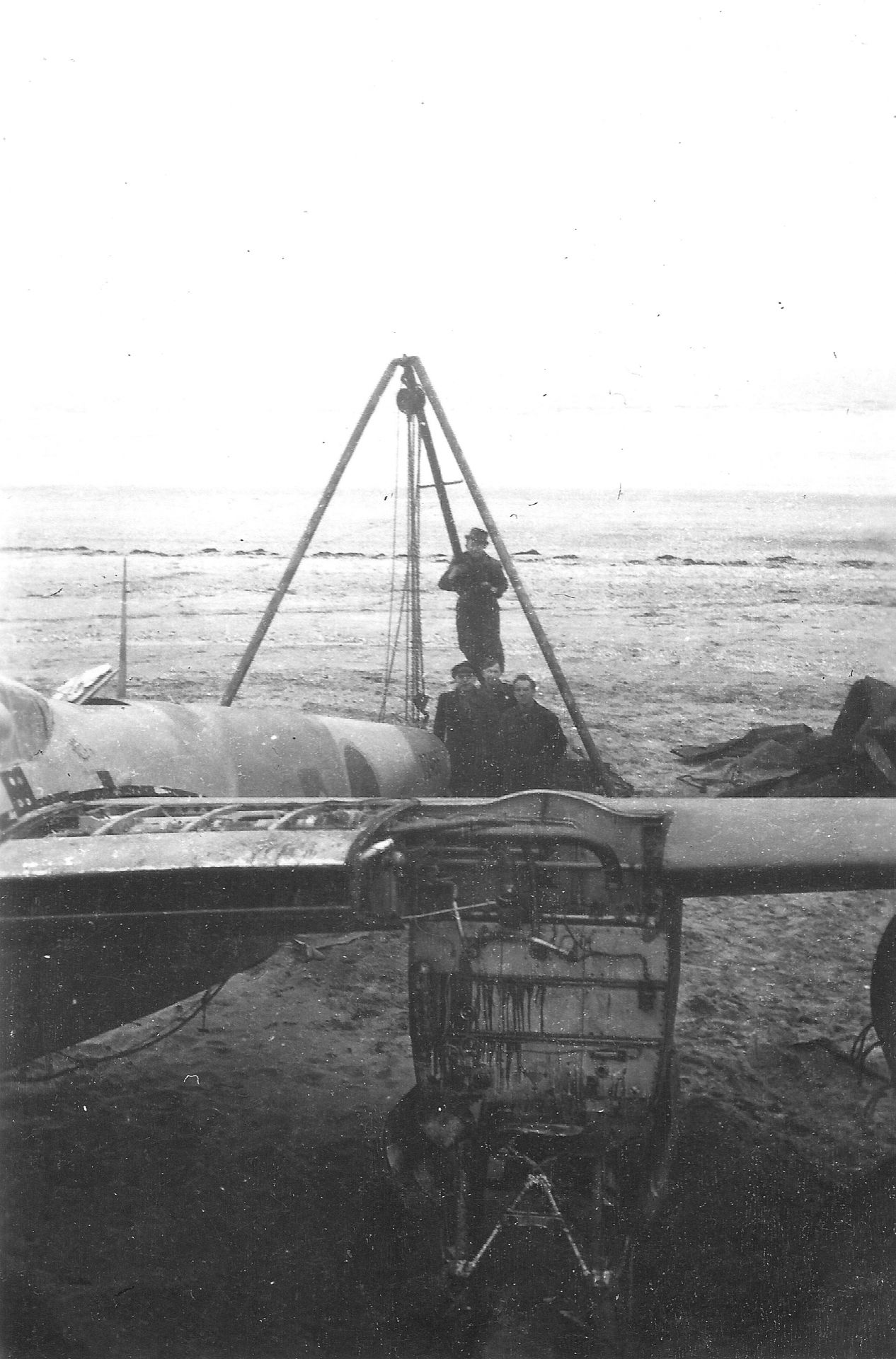 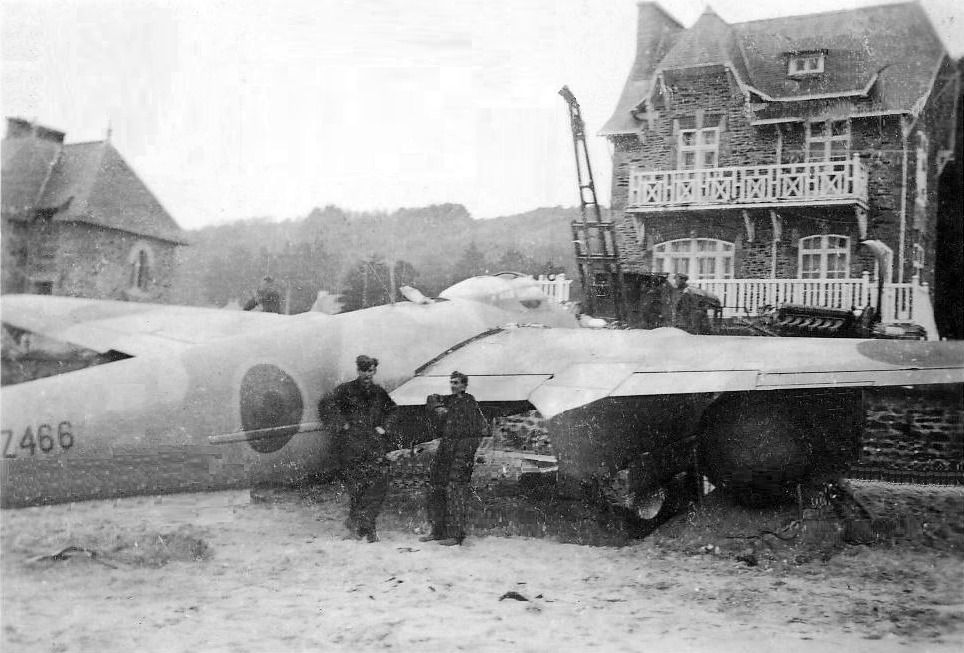 Two German soldiers in front of the Mosquito, brought up to the road by a crane truck.
Photo source unknown

The aircraft was sent to 2./Versuchsverband Ob.d.L. (Oberbefehlshaber der Luftwaffe), a squadron nicknamed the "Zirkus Rosarius" (named after the founder of this unit, Theodor Rosarius), the special Luftwaffe unit responsible for testing captured enemy aircrfats. It was probably coded "T9 + XB". It was exhibited on September 19, 1943 at the Rechlin test center with other captured aircrafts. We see it in the photos below, without propellers, which were damaged during the landing on the "Plage des Rosaires". It seems that the plane never flew again. 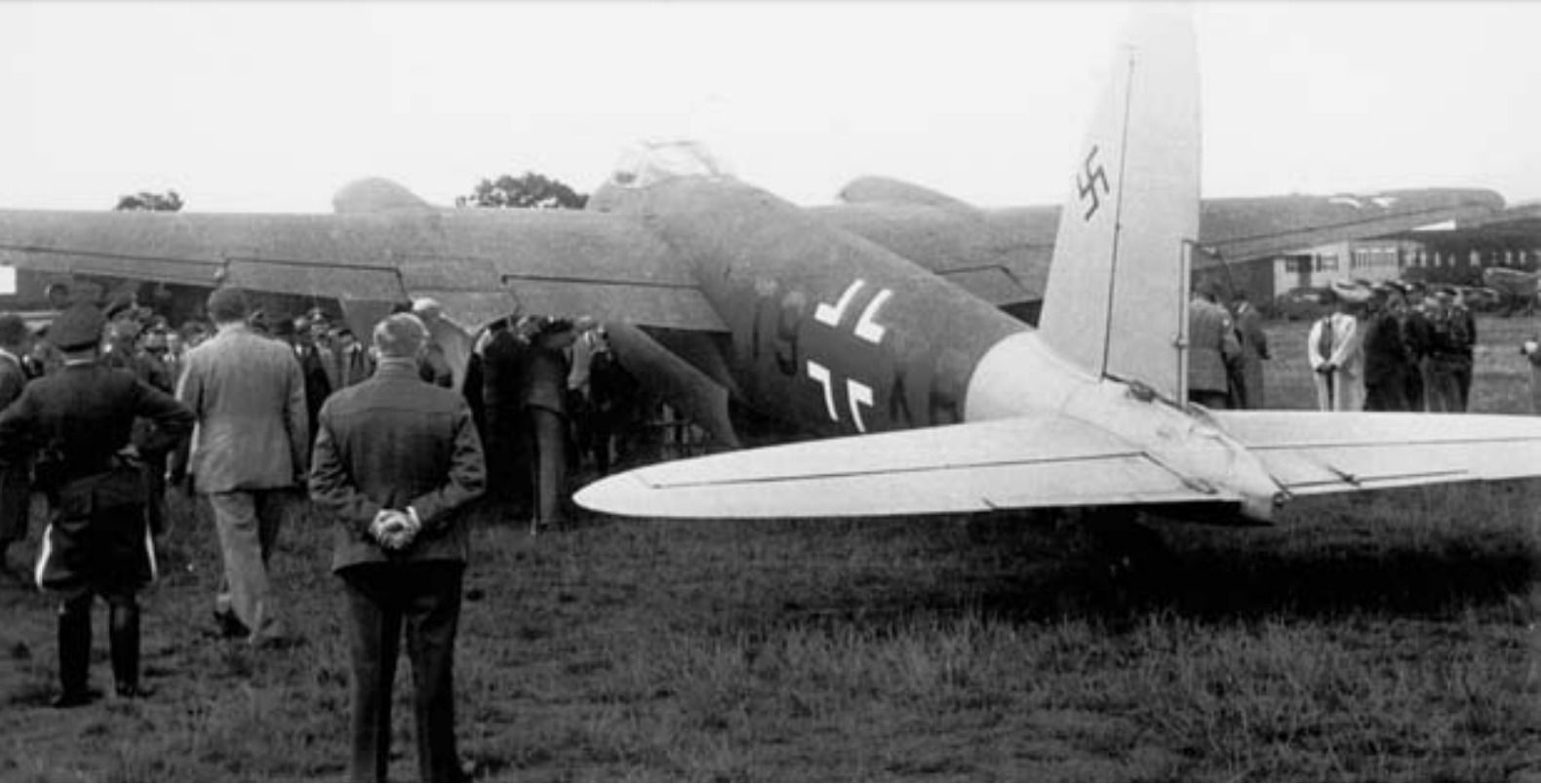 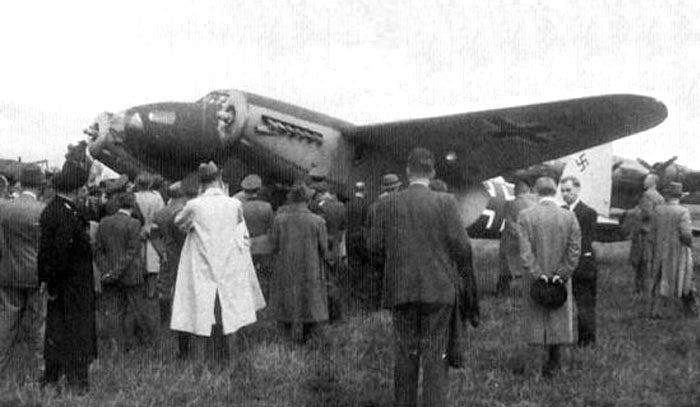 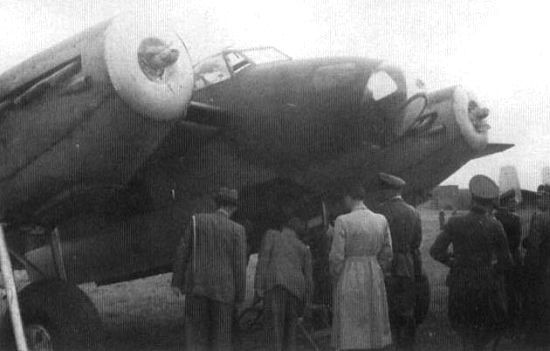