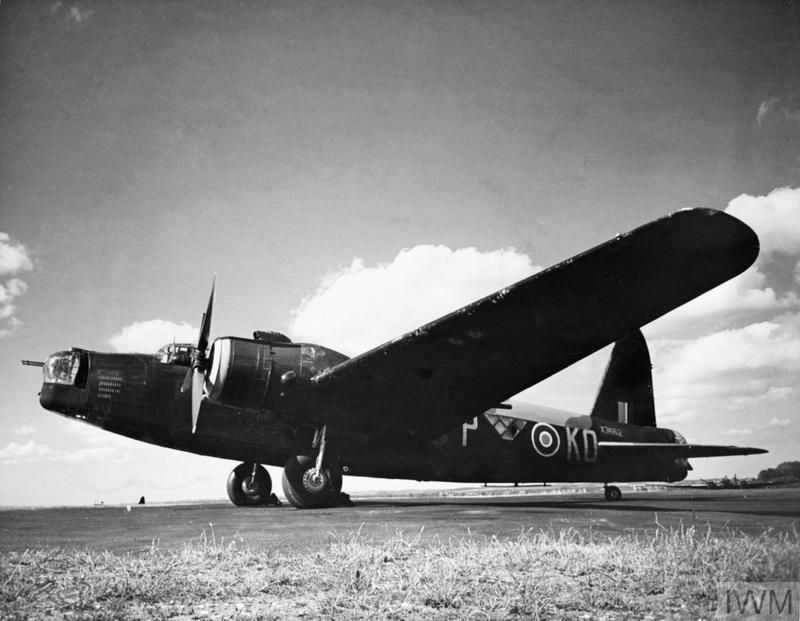 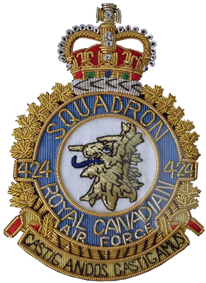 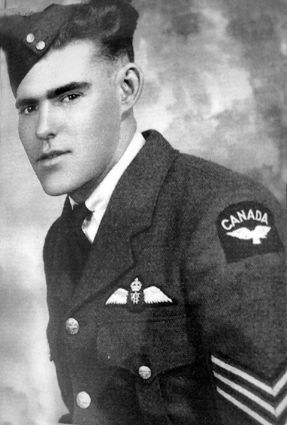 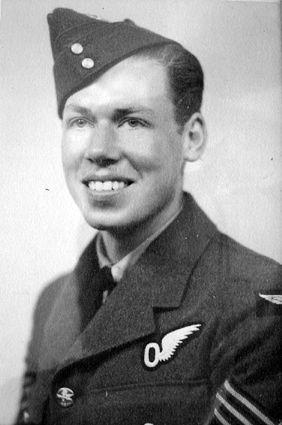 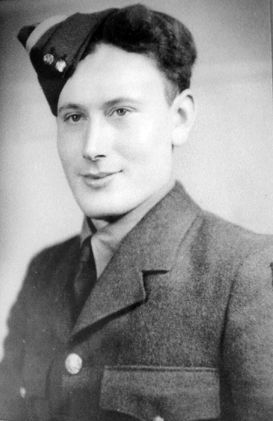 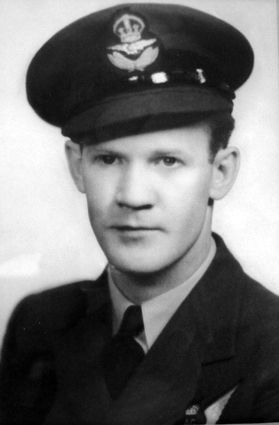 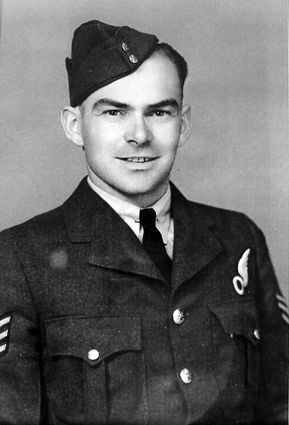 THE STORY
ÉREAC. Côtes d’Armor. Tuesday 26 January, 1943. On the Topcliffe Base Yorkshire Angleterre.

The 424 Squadron of the Canadian Force Bombardment Group was expecting a bombing mission. After takeoff, he had to reach a formation which gathered 157 allied bombers. The goal today was the submarine base of Lorient where gigantic construction works were underway, led by the German organization Todt. U-boats of Admiral Dönitz where already chasing British merchant ships.

The bombers of the 424th Canadian group were Vickers Wellington type 3. They were twin-engine bombers that could carry two tons of bombs. This aircraft had its own defense with two heavy machine gun positions, double tubes. One position in the nose of the plane, the other at the rear. The side defenses also had two positions served by machine gunners. This aircraft had a very long general shape, which was why the airmen gave it the name of flying cigar. This Wellington was registered QB-F. Six airmen, all at the rank of Sergeant, composed the crew. 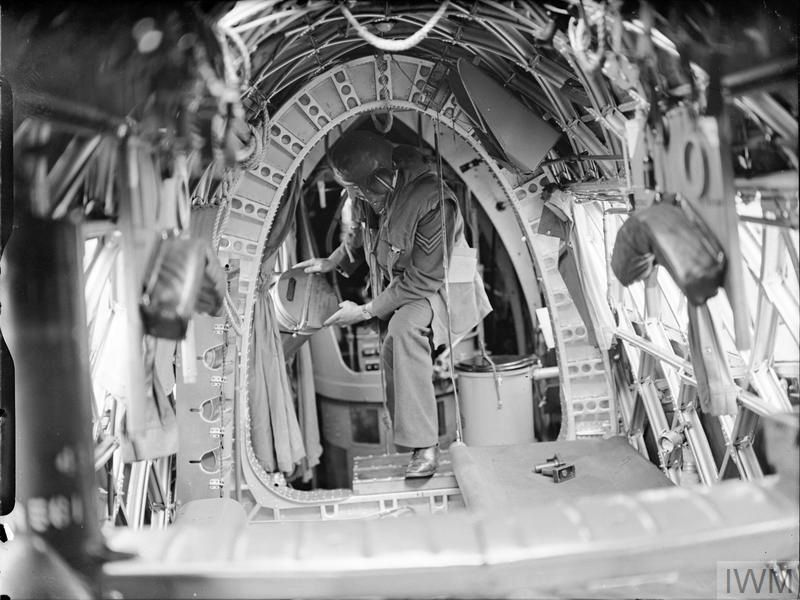 A crew member on board a Vickers Wellington
© IWM (CH 478) ?- public domain

Commanding this aircraft, Sergeant McHarg Vernon Frederick, with on his right the navigator Sergeant Riach Allan Cruickshank. The radio operator, who was also the first gunner was Sergeant Putnam Max Ernest with Sergeant Masterman Wallace Alfred as second gunner. The third gunner was Sergeant Ken Vallis. The sergeant in charge of dropping the bombs on the target was Sergeant Ingram Graydon Arthur. All of them were around twenty. The group took off from north-east England around 5.30 pm and reached the formation at 6 pm. On the way, the flight went without any problem. Arrived at the vertical of the base of Lorient, the dropping was operated by Sergeant Ingram but a bomb refused to eject of the bomb bay due to a technical problem. 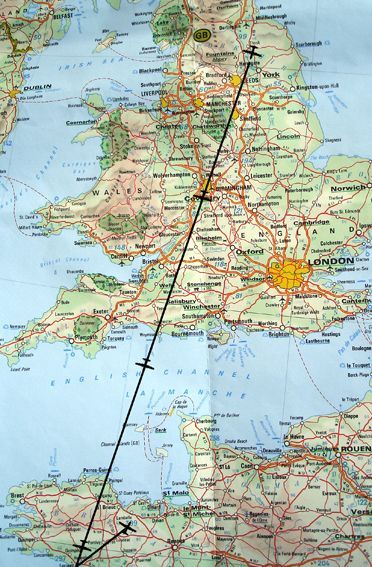 The map of the flight

All around the formation, the intensity of the fire of the defenses against the aircrafts (German Flak) was illuminating the sky with reddish glows accompanied by volutes of black fumes. A terrifying vision for these young aviators not used to this situation. Suddenly, a huge, violent shock shaked the aircraft. It has just been hit by several projectiles. Immediately Sergeant McHarg, the pilot, realized the difficulty to fly his damaged aircraft. One of the engines stopped. He warned all the crew of the situation and his decision to leave the formation to head to the nearest English base to land. It remained a bomb on board and they will have to drop it absolutely over the Channel. Obviously the pilot realized that he was losing speed and more and more altitude. In the speakers on board, he informed his teammates of the difficulties ahead and told everyone that they had each of them to ensure their own survival. 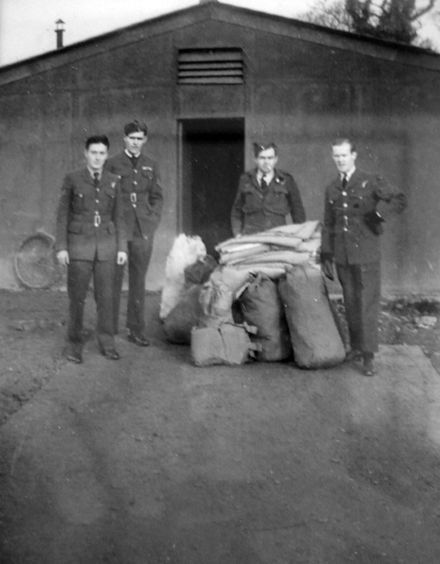 "It was around 8 pm. I lived in the town square of Éreac and suddenly a loud, low, noise of an aircraft was heard. I left home immediately, because of this unusual noise, and thought first of all to a German surveillance aircraft because a light had been lit in front of a shopkeeper. The Germans were strict, no visible light were allowed. A neighbor joined me immediately, and there, we saw this huge bomber, which was very low, which passed over the church coming from the direction of Merillac, which described a curve and then which flew towards the East ; there was light on board, and in spite of the night we could see an important black smoke coming out of the rear of the aircraft. " The aircraft went on for a few moments, and there was a sound of explosion of an extraordinary violence that overwhelmed our town, usually so quiet. due to the crash at the exit of the village, near schools, in the hollow of a field on the road to Merdrignac. This powerful blaze enveloped the town, blowing windows, tearing windows and shutters and also doors. Even some of the windows of the church were blown to the point that the windows, after the explosion were opening on their opposite direction. A gigantic fire of more than two hectares started. We saw just like in daylight. The pilot, aware that he was above a village, remained in the cockpit of his aircraft and made the sacrifice of his life, thus avoiding a dreadful tragedy for the population of the town. It is not known why the gunner, Masterman, remained on board. Mayor Francis Bedel quickly organized the search for airmen who had had to parachute. He organized several groups. It was necessary to act quickly because the Germans would not delay arriving on the spot. Quickly the wounded Canadians were found and protected but the Germans took them prisoner ". 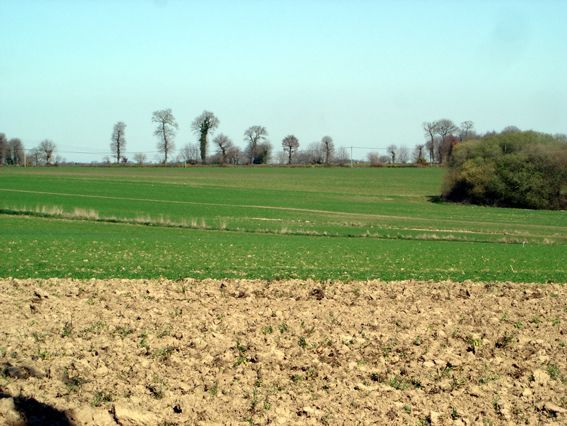 " I left with a small group on the outskirts of the village looking for them. We had to be discreet because we knew that the Germans would not delay. Through a small field we discovered the body of Sergeant Putnam who had jumped late and far too low, his parachute had not opened, which led to his death ; he was in an oak, hung by the straps of his parachute. A little later the Germans arrived from Lanrelas. It was a group of soldiers assigned to the surveillance and observation, led by an officer named Muller. The next morning was a spectacle of desolation around us. At the edge of the crash area, everything was dislocated. Among the wreckage of the cabin were the remains of the two airmen, the fire had been intense, everything was burnt. What a sacrifice ! The trees all around were black. Remains were found hundreds of meters from the impact. We had to pay a last tribute to these three dead airmen on our soil. The funeral was to take place. But when ? For the Germans, who wanted to control the situation, they had to decide the moment, to avoid people to attend. The Mayor did not hear it in this way and was determined to organize funerals for these young men who came from across the Atlantic for our freedom ". 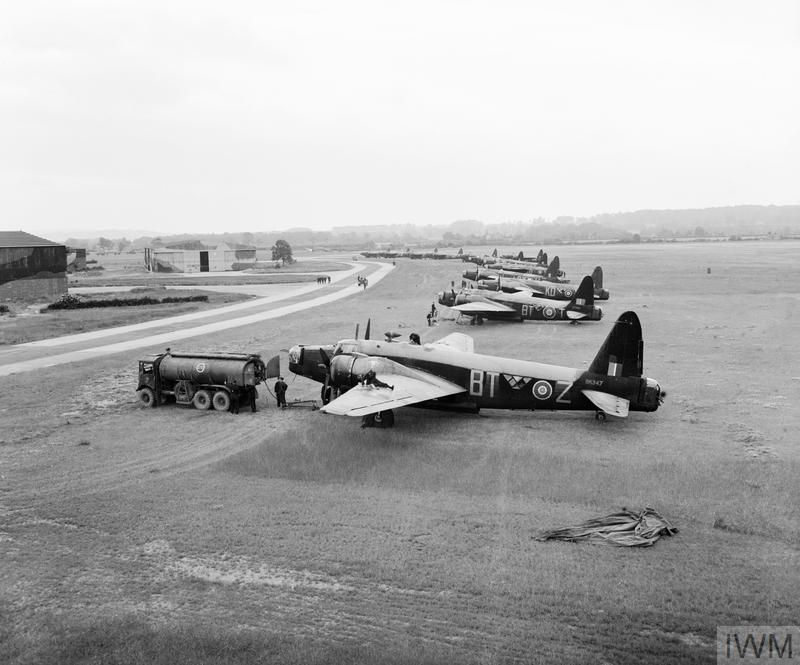 On Thursday 28th, January 1943, around 9 am, Mayor Bedel was informed by the Germans that the funeral would be held at 11 o'clock. He had only two hours to warn as many people as possible, in Ereac and in the neighboring villages. That morning, at exactly 11 am, it was an icredible crowd that arrived in the square with flowers. The surprise was total for the occupant, who had expected otherwise. German soldiers were there, they had been ordered to pay the military honors to these unfortunate Canadians. A salvo was fired at the cemetery during the burial. The three coffins were covered with French and Allied flags. The surviving Airmen, who had been taken prisoner, were allowed to attend the funerals of their comrades, escorted by guards. They were sent to a camp in Germany and were not released until the end of the war in 1945. Mr Bedel was called immediately to the Kommandantur in Saint Brieuc to explain why such a crowd to burial. It was feared for him, but luckily nothing happened to him. On the wooden crosses of the three Canadians, were registered on request of the Mayor these inscriptions in English '' Rest the Lord '' and "Living for duty, dying for Glory '' which irritated the German command of the region.

The three Canadian Airmen rest at Éreac communal cemetery where their memory is celebrated at each commemoration ceremony. 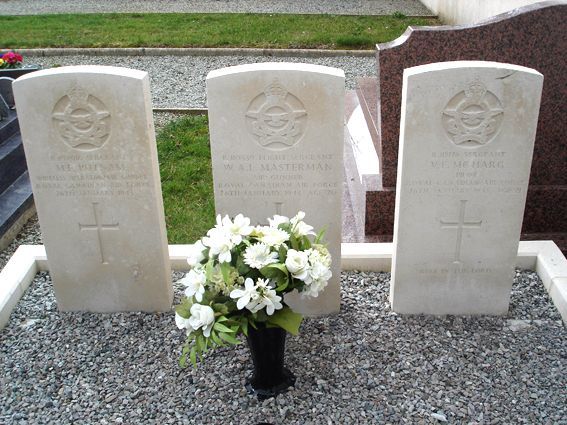 I would like to thank Mr Geffray, Mayor of Éreac, Mr Coquio former Mayor, Mr Gueheneuc, as well as the staff of the Town Hall for the kind welcome I received