Enigmatic air crash of a Spitfire in the village "Les Poissonnais". It's been 7 months since Brittany welcomed its Liberators with great jubilation. Little by little, life is resuming. The rediscovered FREEDOM does not prevent forgetting the hard years under German oppression. The war was not over, unfortunately, on March 9, 1945. The fighting still rages in the dying Germany, which resists anyway, knowing full well that the dice is cast on the chessboard of history. With the favorable development of the conflict, the Allies succeeded in establishing airfields (ALG - Advance Landing Ground. Rapid construction airfield) on Belgian and Dutch territories. In Belgium, the English have established themselves at the civil airfield of Maldegem, located eastern Bruges. The Germans and the Italians occupied this land until January 1945. The works of adapting this land for use by the British air force took only a short time and it quickly became operational. This airfield already had many buildings which were immediately reoccupied by the Royal Air Force and then the Canadian Air Force. On this Friday morning March 9, 1945, on the ALG B-65-Maldegem airfield, Belgium, a mission called Ramrod 1487 was to be prepared. Ramrod designates the missions to accompany and protect heavy bomber formations.

The pilots at the briefing received their orders. They had to protect a group of Lancaster bombers which mission was to bombard the Dortmund-Ems canal in Germany. These Lancasters took off from England at the end of the morning. In the middle of the day, the Spitfires of no 91 Squadron took off from Maldegem for this mission. On board one of them was Flying Officer Hyde Alfred Augustine (Service number 174 994). He was born on October 12, 1922 in West Ham, Surrey, the greater western suburbs of London. He was 23 years old. He belung to the group of reserve volunteers enlisted in the RAF at no 91 Squadron "Nigeria". His aircraft, the Spitfire LF Mk IX MJ623 (code DL-?) was assigned to him after his appointment as a pilot in this group. The London Gazette dated May 26, 1944 included his promotion. Pierre Clostermann, the most successful French pilot of the Second World War, in one of his books spoake of No. 91 Squadron RAF as one of the most formidable squadrons fighting the enemy. The mission was going well and the sky was clear. In the middle of the afternoon all the groups returned to their respective bases. The German fighters did not worry the Allied airmen. The surprise was great when on the return to Maldegem, a Spitfire was announced missing. What did happen ? Where was he ? Several questions arose, but no answer was given. The Flying Officer Hyde was officially missing in the evening. Incomprehensible, because no pilot received a distress call from their comrade. The next morning, still no news to clarify this mysterious disappearance. It was only in the evening that we learned that the young pilot fell aboard his plane in the region of Rennes, in Brittany, as indicated in a message received. Stupor for everyone, and the same question kept coming back : but what was he doing in this region so far from his mission ? A distance of 700 kilometers separated Maldegem from Saint-Lormel. We can think of a problem of orientation, but this is not necessarily to be kept in mind. If his aircraft was no longer in working order, he could easily navigate visually, the weather was favorable that day. (The meteorological records of Guernsey for March 9, 1945 indicate a clear sky, north north-east wind, weak to moderate. Daytime temperature was 12 degrees). Why he did not try to land on an airfield before his crash ? The north of France was liberated, he could have land anywhere. Why did he run out of fuel ? All these questions remained unanswered. 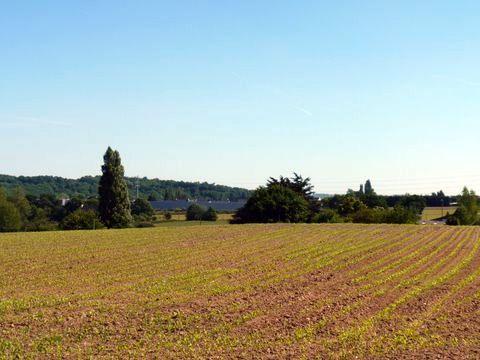 Village of "Les Poissonnais", coity of Saint-Lormel in the Côtes du Nord at that time, late in the afternoon of March 9, 1945, the story of this event is reported because the witness who experienced this event is deceased. The British aircraft arrived from the east, it was flying at low altitude. The engine was misfiring. It arrived very low, straight, just like to land in the direction of the length of the field. The pilot was surprised because, having started his landing, he noticed that in the middle of this field, a farmer was working near his horse-drawn team. He put on the gas with difficulty because the engine had more and more misfires and he tilted his plane to return to position after a tight curve. Nevertheless, he succeeded in his final maneuver. This farmer was frightened when he saw the aircraft coming back towards him and crashing between the farm building and himself, very close to his harnessed horse. The Spitfire, after digging a long trench, struck an oak tree, cutting it in half, ending its frantic race in an embankment planted with tall trees. Very quickly, the neighbours, surprised by the noise, arrived to get the unfortunate pilot out of the cockpit, who was seriously injured and had lost consciousness. It was necessary to act quickly because the aircraft could ignite, considering the smells of oil and gas which emanated around the cockpit. But it did not happen. The pilot was taken to the nearby farm and very quickly a French civilian ambulance picked him up to take him to Dinan hospital. His health condition was considered as very serious, and the doctor decided to send him to Rennes where he was admitted at the beginning of the night in an American hospital (4389th US Military hospital), installed in this city until the end of the war (research on this hospital are not completed until now). It is reported by the people who rescued him that Flying Officer Hyde was a tall, dark hair young man. The wreckage remained there for about a month, guarded by French soldiers. It was then dismantled and removed. In 1947, the town hall of Saint-Lormel received a letter from England and written by Hyde's family, thanking those who came and rescued him. Was there a misinterpretation of the translation of this letter, because the announcement of his death had been made ? It is true that the major injuries to the spine as well as the multiple traumas to the head could suggest it. In the London Gazette, already mentioned previously, dated November 21, 1945, we could read the removal of Flying Officer Hyde Alfred Augustin from the ranks of the pilots of the Royal Air Force. It seems that according to our researches, Flying Officer Alfred Augustin Hyde died in Wandsworth (South London), in the year 2004.

Jean Michel Martin, ABSA 39-45, 3rd May, 2011.
Thanks to Mr Robert and Mrs Leblanc, Mr Barbot.
Thanks too to Joss Leclercq on the forum RAF Command. 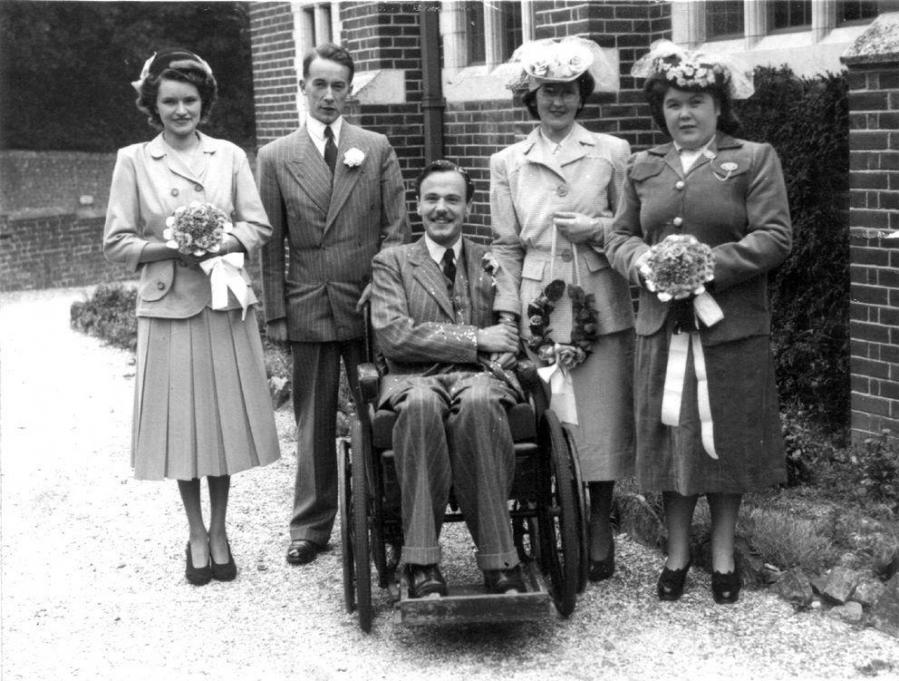 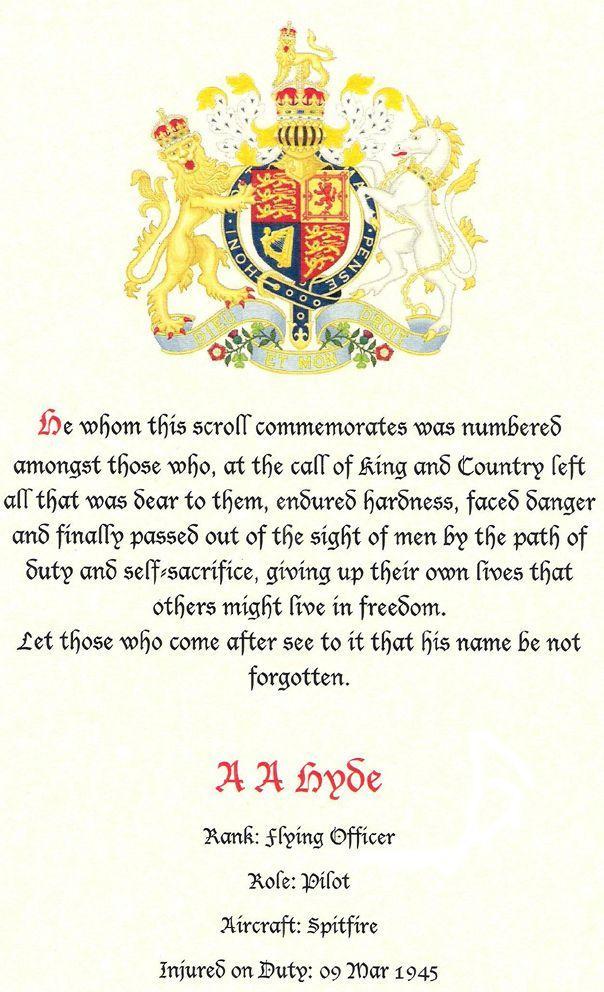 According to our researches with Jonathan Ives, it seems that our pilot did not die in 1947, as reported. In fact we found his wife. She used to be his nurse when he stayed at Stoke Mandeville Hospital in England, after being treated in Rennes for a while. This serious accident had paralyzed him definitively. His wife said he had no memory of the accident. She understood he got lost due to an oxygen supply failure.

June 14, 2011. Mr Jonathan Ives, English friend of our association, met Mrs Bettie Hyde, wife of Flying Officer Hyde, at her home in the suburbs of London. Mrs Hyde explained that she had been a nurse at the Stoke Mandeville hospital (Buckingham County) since 1941 when Alfred was hospitalized there in 1945. This hospital was specialized in spinal cord injuries and was reserved at that time to injured soldiers. They got married in 1947 in Eastbourne, a major seaside resort in the county of Sussex. She said her husband passed away in 2004 and the 57 years together were happy in the town of Morden, located southwest of the British capital. She said Alfred, when he was a pilot in the Royal Air Force, was nicknamed "Spike" by his pilot friends. At the hospital he changed his nickname ; in fact, an American nurse always called him "Pete". This nickname stuck with him all life long. He didn't talk much about his wartime military life. He was just reporting this story that he would tell from time to time : on his return from a mission he rushed over for a drink in the base officers' mess. He had just settled in at the bar when suddenly his mechanic appeared beside him, who had just taken in charge his Spitfire. "Sir, you just landed ! How lucky yuare because you only had 10 liters of fuel left in the tank !"

Thanks to Jonathan Ives for his research work in England.