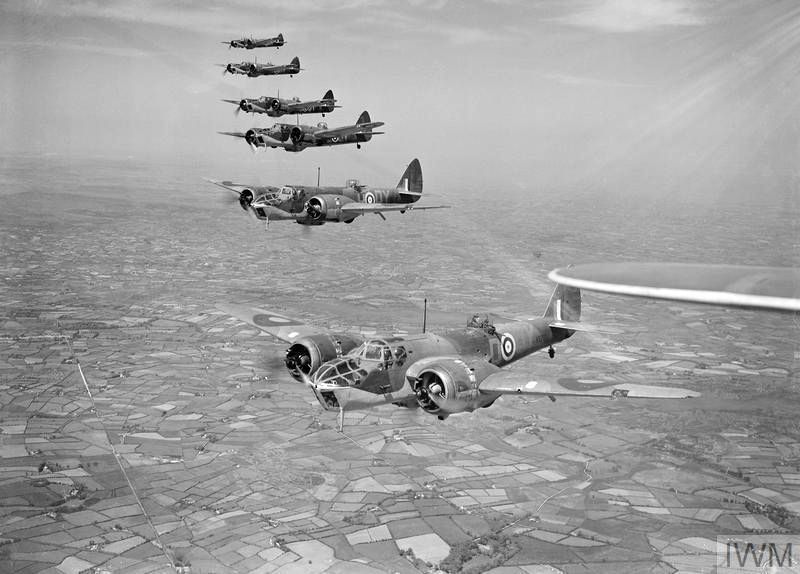 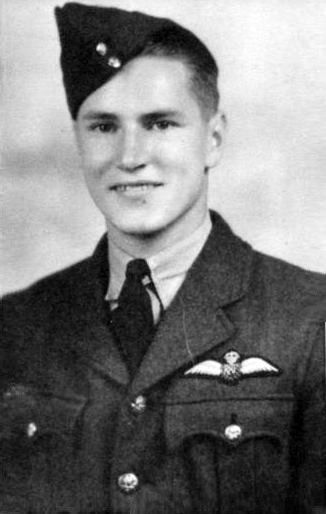 At 12:40 on March 28, 1942, three Bristol Blenheim Mk IVs of no. RAF 254 Squadron (codes QY-C, QY-K and QY-P) took off from Carew Cheriton base in Pembrokeshire (Wales) to escort a Royal Navy flotilla returning from operation "Chariot", the famous commando operation organized to make the "Joubert" dry dock in Saint-Nazaire (western France) unusable. The three aircrafts did not find the flotilla and, when flying over Audierne (Brittany), one of the QY-K's engines stopped, forcing its pilot, Flight Sergeant PARNELL, to leave the formation and prepare. to make an emergency landing. Spotting the Aber beach, long and flat, PARNELL succeeded in landing there; at 4:50 p.m. 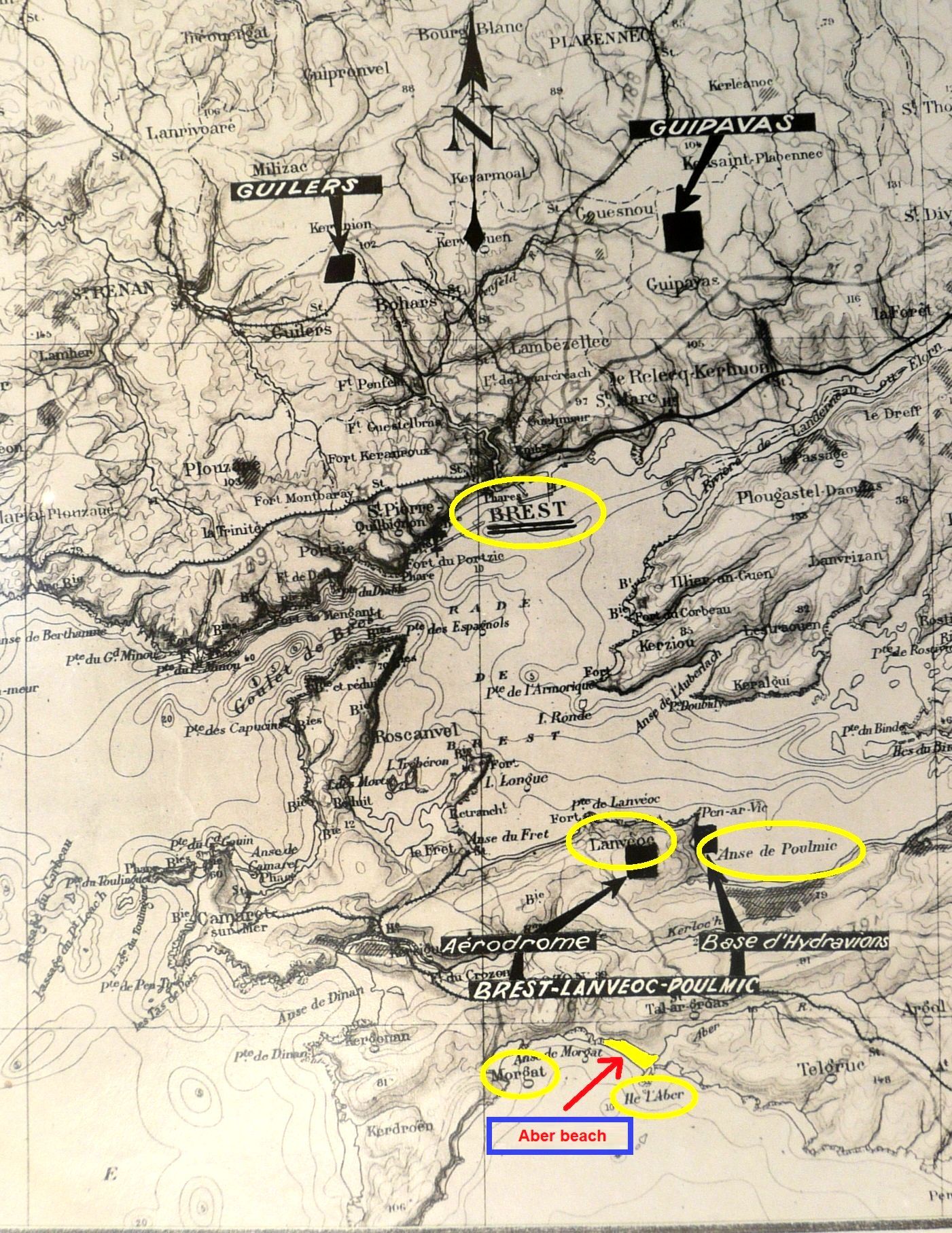 But this beach was lined with German soldiers ; some soldiers of 1./Pionier 335 (1st company of the engineer battalion of the 335th infantry division) opened fire with their machine guns on the aircraft just landed. The crew responded with 7.7 mm machine guns from their turret, then evacuated the aircraft. The 3 men tried to destroy the aircraft but without success, and then surrendered. The Blenheim QY-P flew over the scene, perhaps in the hope of landing to recover its comrades, but gave up and headed for England where it landed at 7:05 p.m. 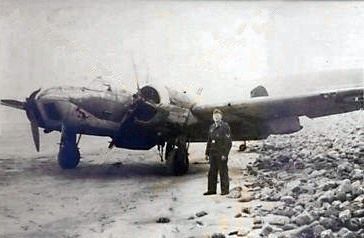 Quickly, the Germans rushed around the intact plane, among them men of Wekusta 2 (Luftwaffe weather reconnaissance unit). They considered that the engine failure was minor. They quickly repaired the aircraft, and the Lieutenant Max Horst Dümcke, technical officer of Wekusta 2, took off the Blenheim, under the eyes of a few astonished French people, to land it a little further, on the base of Lanvéoc. This was where the aircraft was repainted with German BG + GQ marking, but the kangaroo painted on the nose of the aircraft was kept. A few days later, Dümcke took off with the aircraft towards Neuruppin-Brandeburg (Germany), stopping in Buc (south-west region of Paris) where the Aufklärungsgruppe 123, the supervisory body of Wekusta 2, was stationed. Then the aircraft was used by the Fluglehrerschule Brandenburg-Briest. 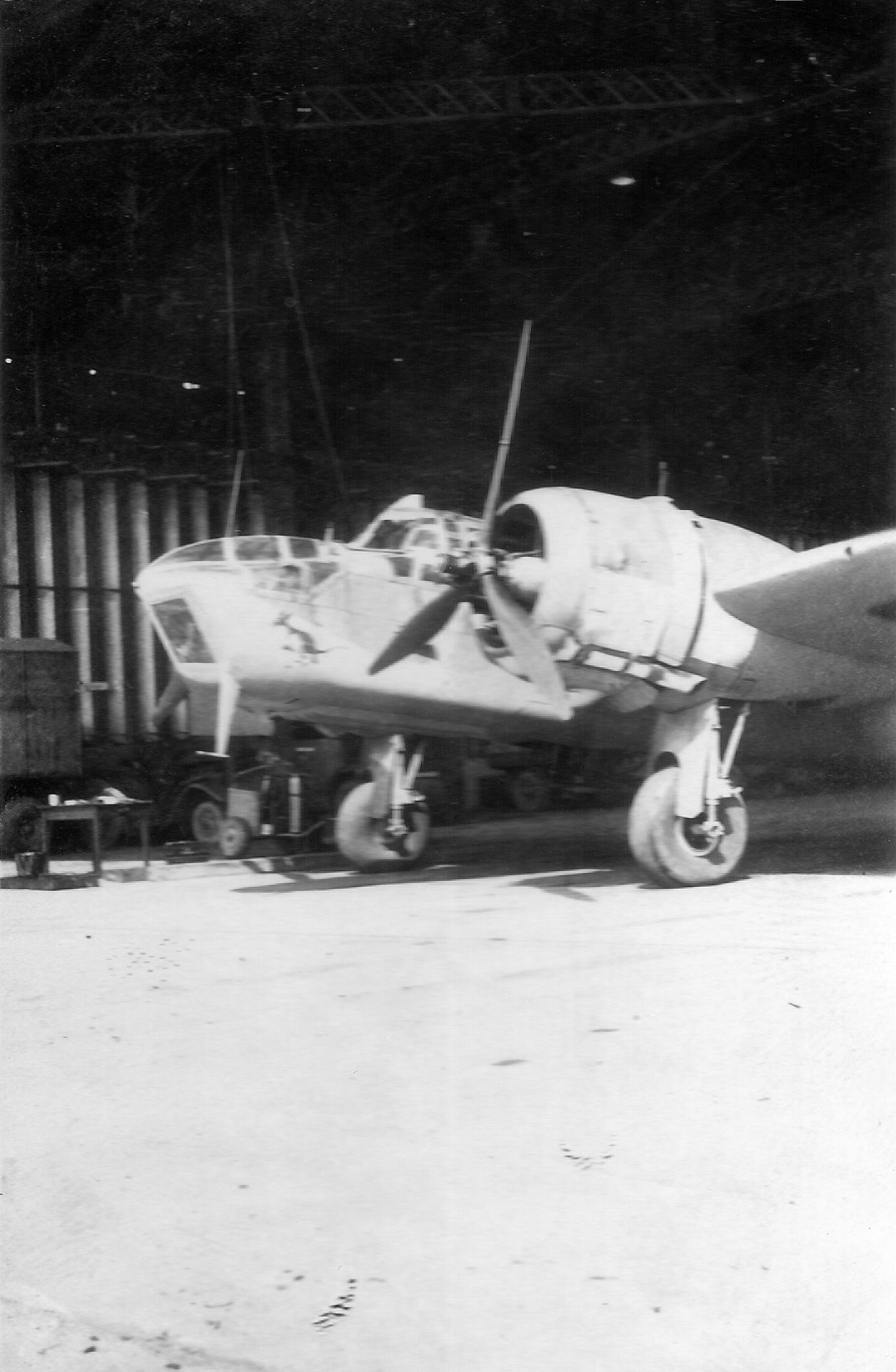 The Blenheim with German markings in Lanvéoc. The kangaroo was preserved on the nose of the aircraft
Photo © collection Benoît Paquet - ABSA 39-45 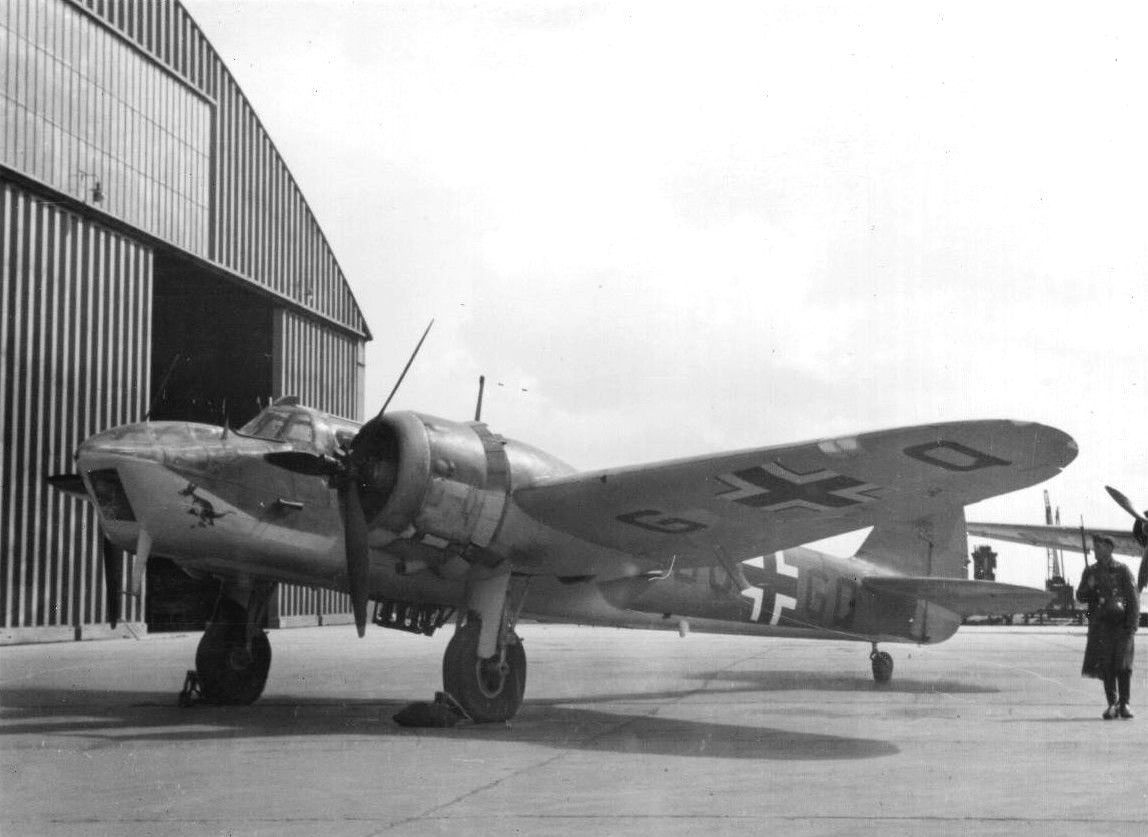 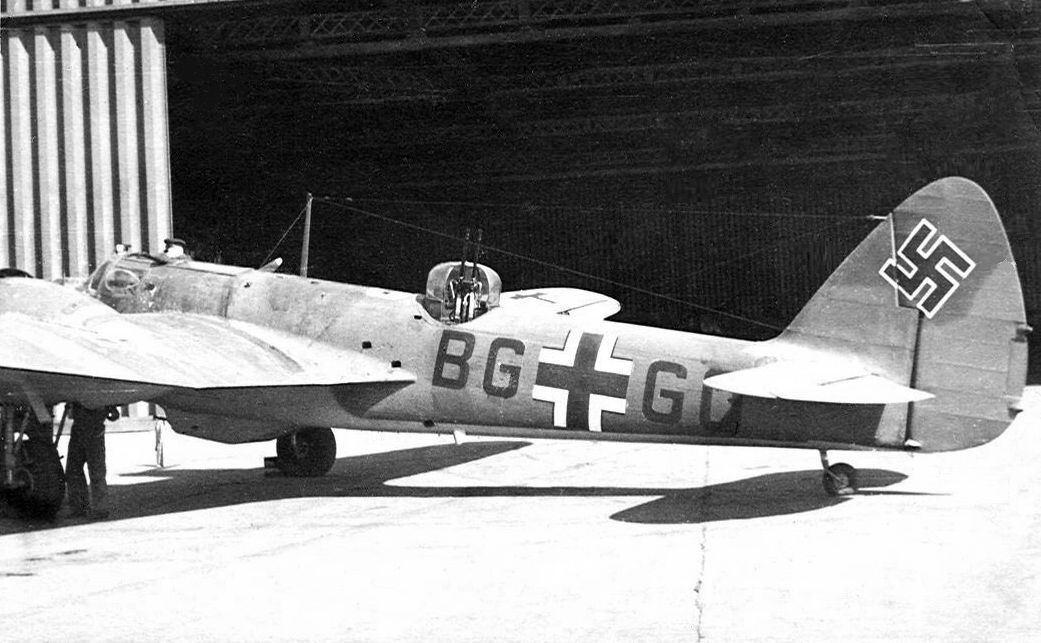 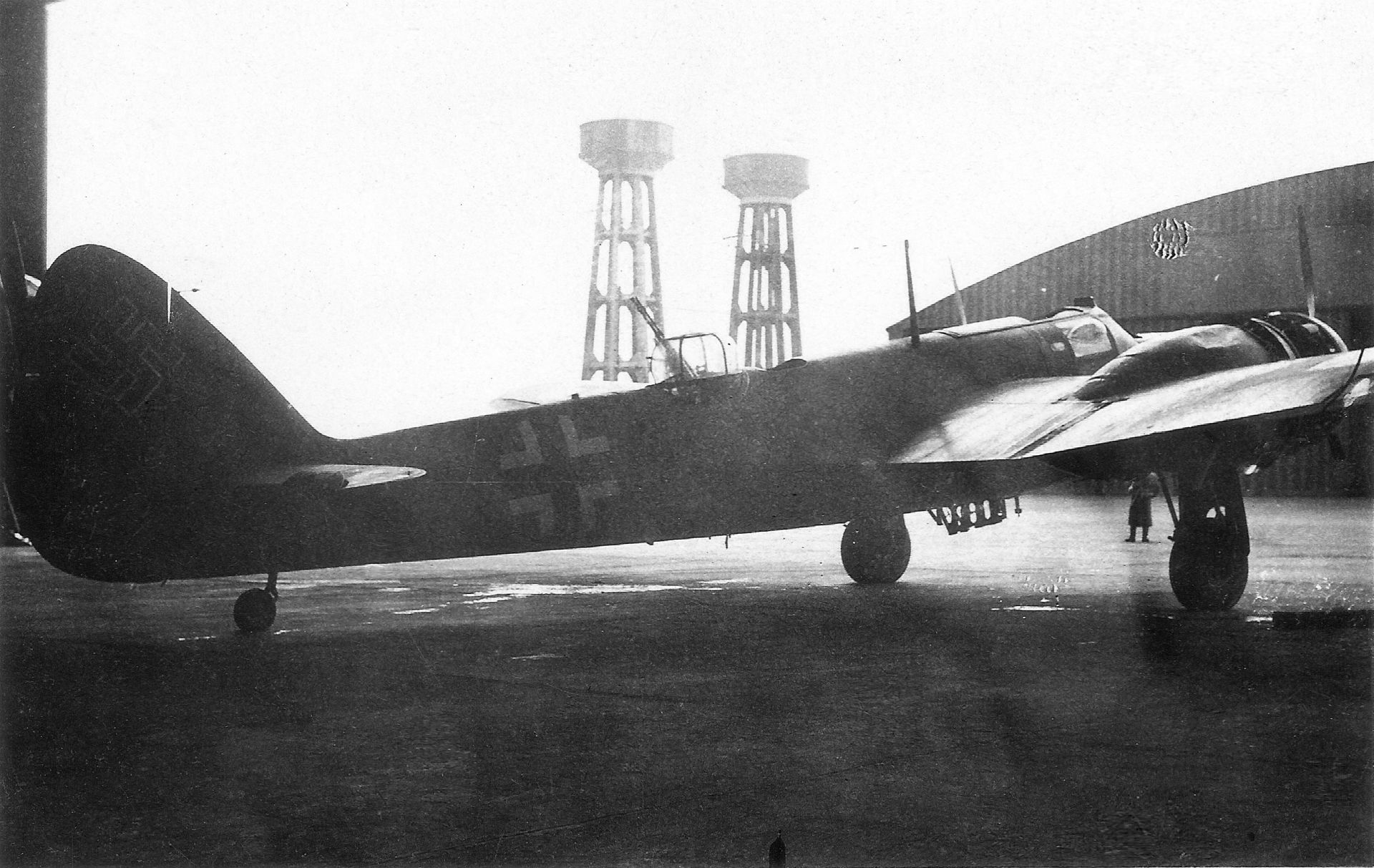 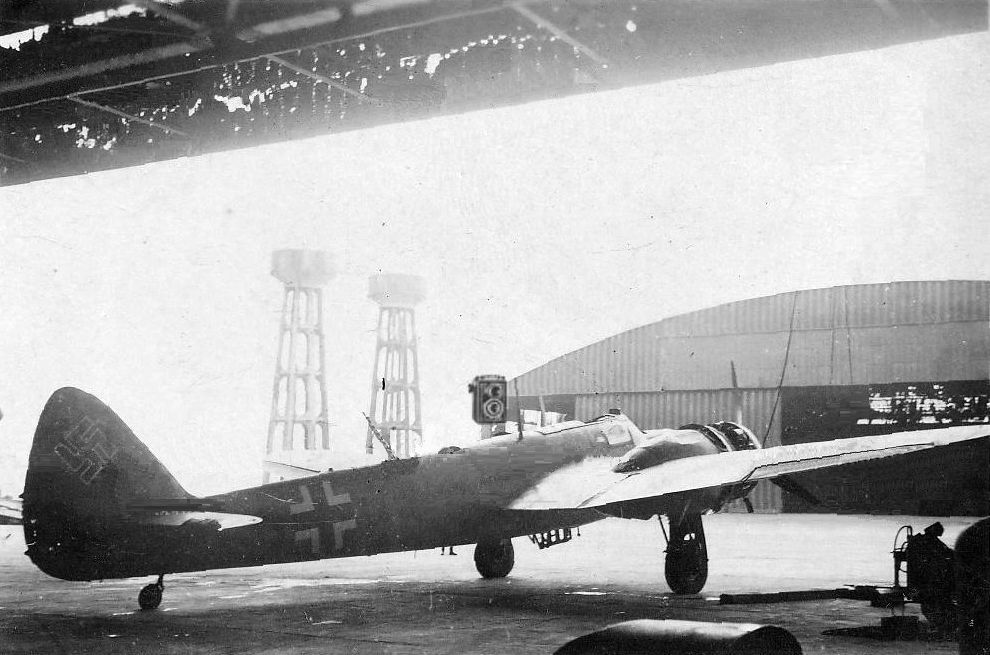 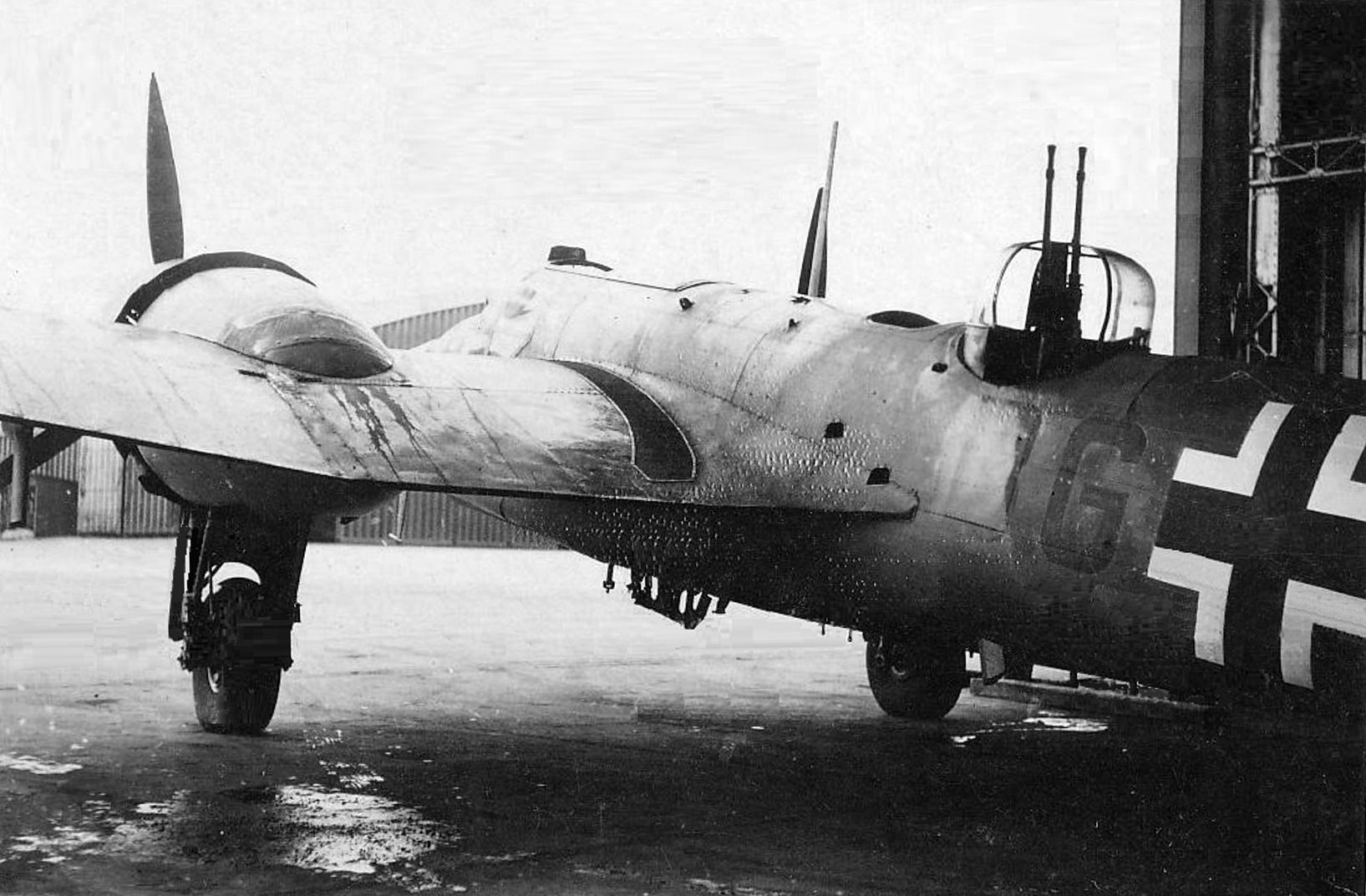 2 views of the aircraft with German markings and the code BG + GQ at Lanvéoc.
Photo source unknown

The three captured British airmen were taken to the Kommandantur of the air base at Poulmic. The next day, under escort, they took the train from Brest at 7:30 p.m. to Oberursel, near Frankfurt, the interrogation center for captured airmen, and then, 10 days later, they were transferred to a prison camp at Stalag VIII- B, in Lamsdorf, Polish Silesia :
- Herbert J. Mullineaux remained there until July 21, 1943 then was transferred to Stalag Luft III in Sagan.
- Anthony G. Parnell and Arthur T. Price remained there until January 22, 1945.
Because of the advance of the Allied armies, they were moved to other camps until their liberation : Price escaped from a forced march of prisoners in March 1945 and joined the American lines. Parnell was released on April 15, 1945 and Mullineaux on May 8.

Kate PARNELL, wife of Flight Sergeant Anthony George PARNELL
Letter of September 29, 2014, relating the circumstances of the landing of the Blenheim on Aber beach. This letter is a different version from those of the ORB of the 254 Sqn of the RAF of March 28, 1942 and of the KTB of the Flughafenbereichskommando of Morlaix :
"... They followed the leader for their return to Predannack (...). Seeing a land that they thought it was UK, they flew over it for two or three miles. It was at this time that the right wing of their aircraft was hit by the Flak. Fearing that the fuel tank of this wing might ignite (...) and still thinking of flying over British lands, they spotted a beach long enough to land there safely. A landing that they succeeded. It was only after realizing that the soldiers running towards them and firing with their weapons were Germans, that they raised their hands and surrendered..."

Most of the information on this page comes from Pierre Babin's book "La Wekusta 2 au combat" (The Wekusta 2 in action), with permission from the author.
We warmly thank him. The book "La WEKUSTA 2 AU COMBAT" is available (in french only) from éditions Heimdal