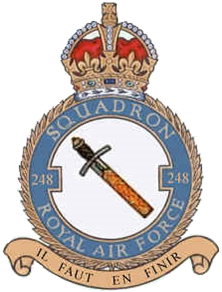 30 June 1944
About ten Bristol Beaufighters, escorted by about twenty Mosquitos on an anti-ship mission (No.235, 248 and 404 Squadrons) spotted German warships anchored in the bay of "La Forêt" (or Concarneau) ; seven of these aircrafts were sent to attack the ships with bombs and guns. During this attack, a German boat was sunk, but the Mossie (nickname of the Mosquito) piloted by P/O Tonge was badly hit by anti-aircraft fire which started a fire on board. The crew had no choice but to make an emergency landing not far from the coast, with success, off Bénodet. Their plane floated for a moment and gave them time to launch their lifeboat. Some airmen aboard the other Mosquitos circling around the position saw them climbing aboard their dinghy and heading for the coast but the planes were forced to break away as they came under fire from flak fire coming from the coast.

The circumstances of the deaths of Pilot Officer Tonge and Flight Sergeant Rigby remain unclear. Eyewitnesses claim to have seen the two airmen aboard their dinghy heading for the coast. A German motor boat headed to the area shortly after and, seeing the dinghy in the distance, moved towards it. It returned to port with two lifeless airmen on board, one deceased from injuries and the other with lungs filled with sea water.

After the war, Walter's father, Harold Tonge, who was not satisfied by the news received from the Royal Air Force to whom he wrote many letters, finally decided to go to the continent. After questioning many people who did not want to answer him, he finally discovered that Walter and his navigator were in their dinghy when the Germans saw them. When they reached them, they shot and killed Richard Rigby and Walter jumped into the water to escape. Walter tried to swim away but the Germans caught him and held him down with a boat hook until he drowned. The two airmen rest today in the cemetery of Combrit, close to the church. 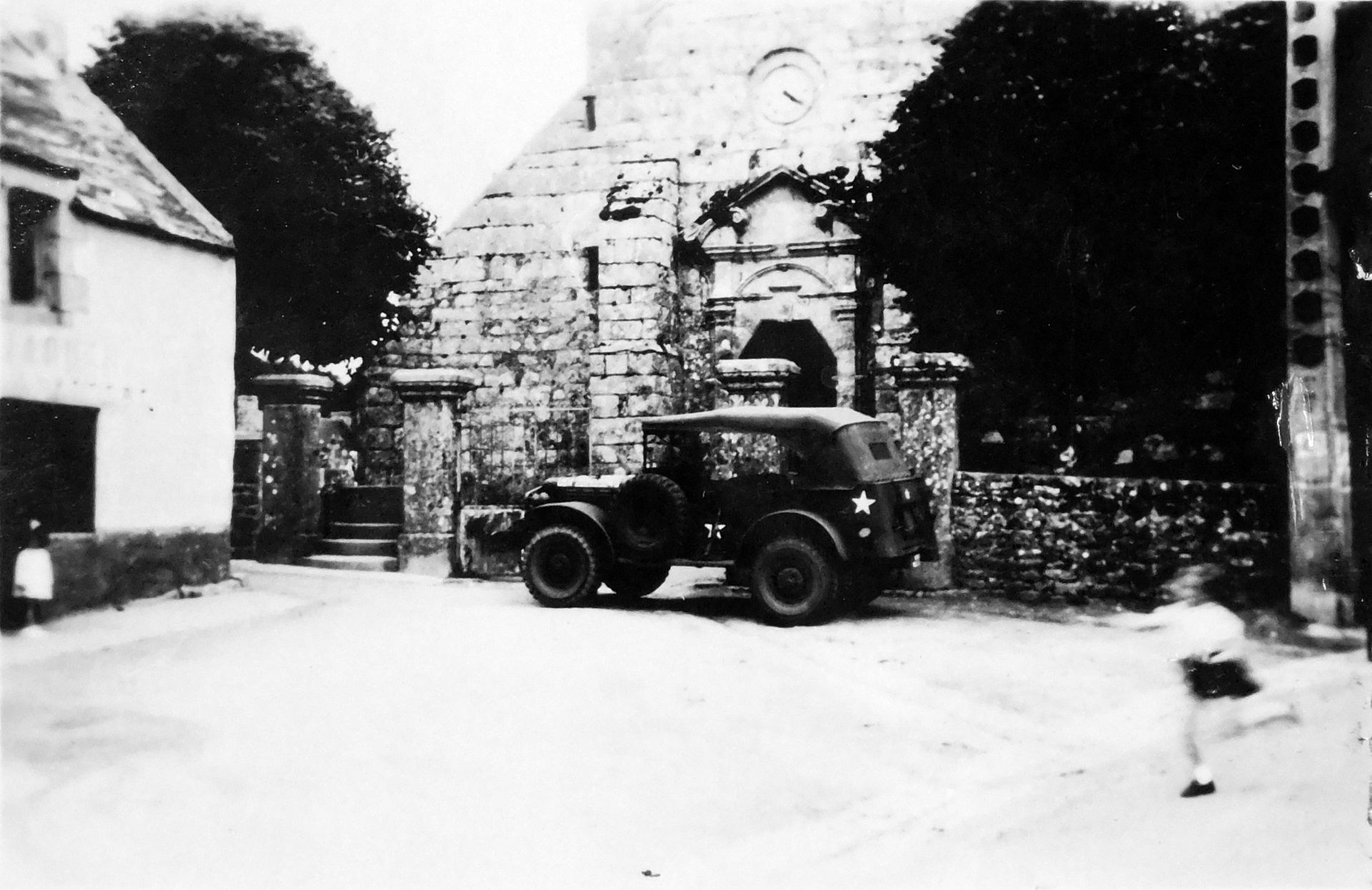 The church of Combrit in 1944. A Dodge vehicle is parked in front of the entrance to the church.
Photo : National Archives, Kew through Frédéric Hénoff (ABSA 39-45) 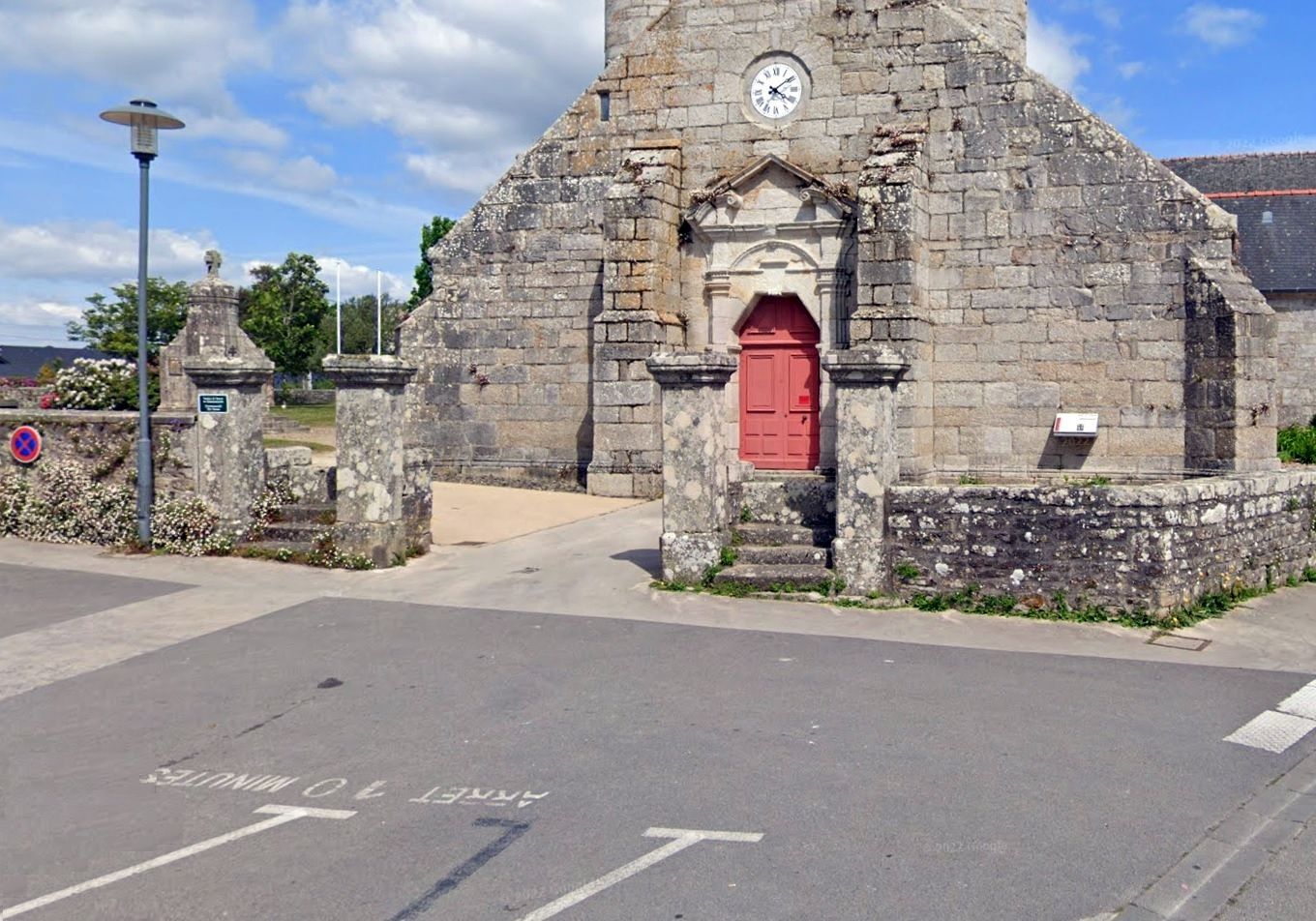 The church of Combrit today. The building on the left no longer exists.
Photo : Benoit Paquet (ABSA 39-45) 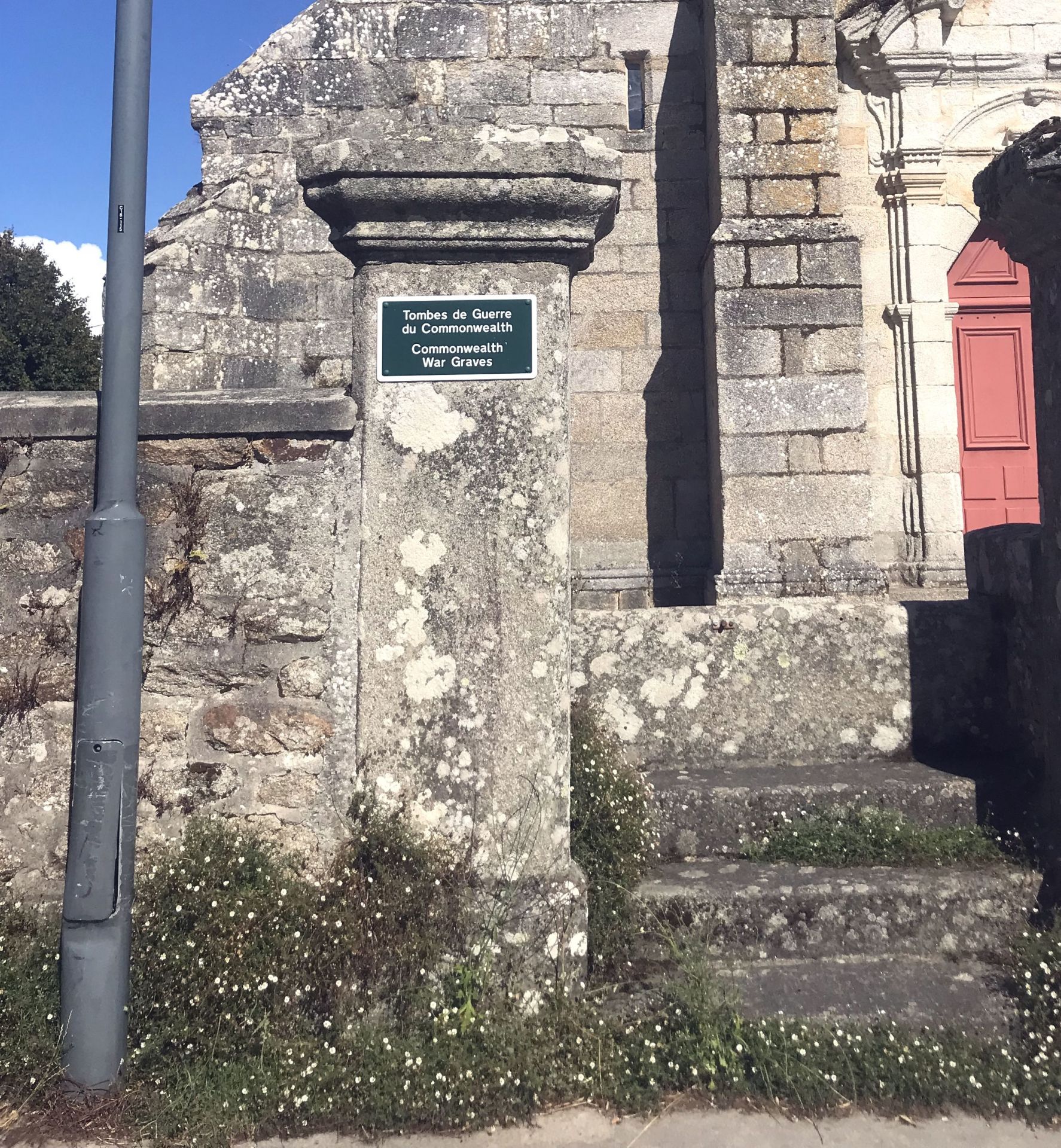 The entrance to the church of Combrit today.
A small panel indicates the presence of graves of Commonwealth soldiers ; in fact, only the graves of Tonge and Rigby are in this cemetery.
Photo : Benoit Paquet (ABSA 39-45) 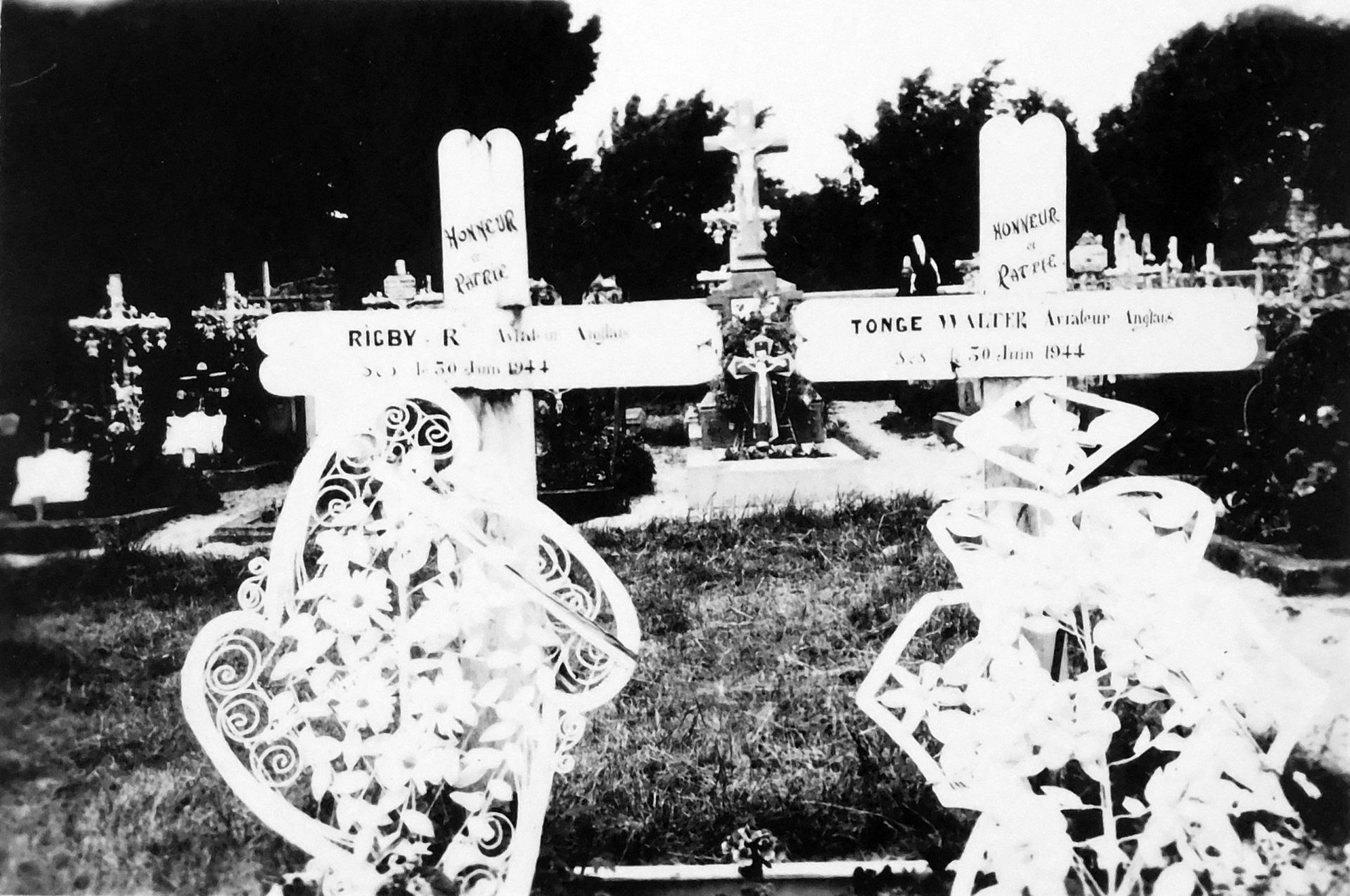 The graves of Rigby and Tonge in 1944 at Combrit Church.
Photo : National Archives Kew through Frédéric Hénoff (ABSA 39-45) 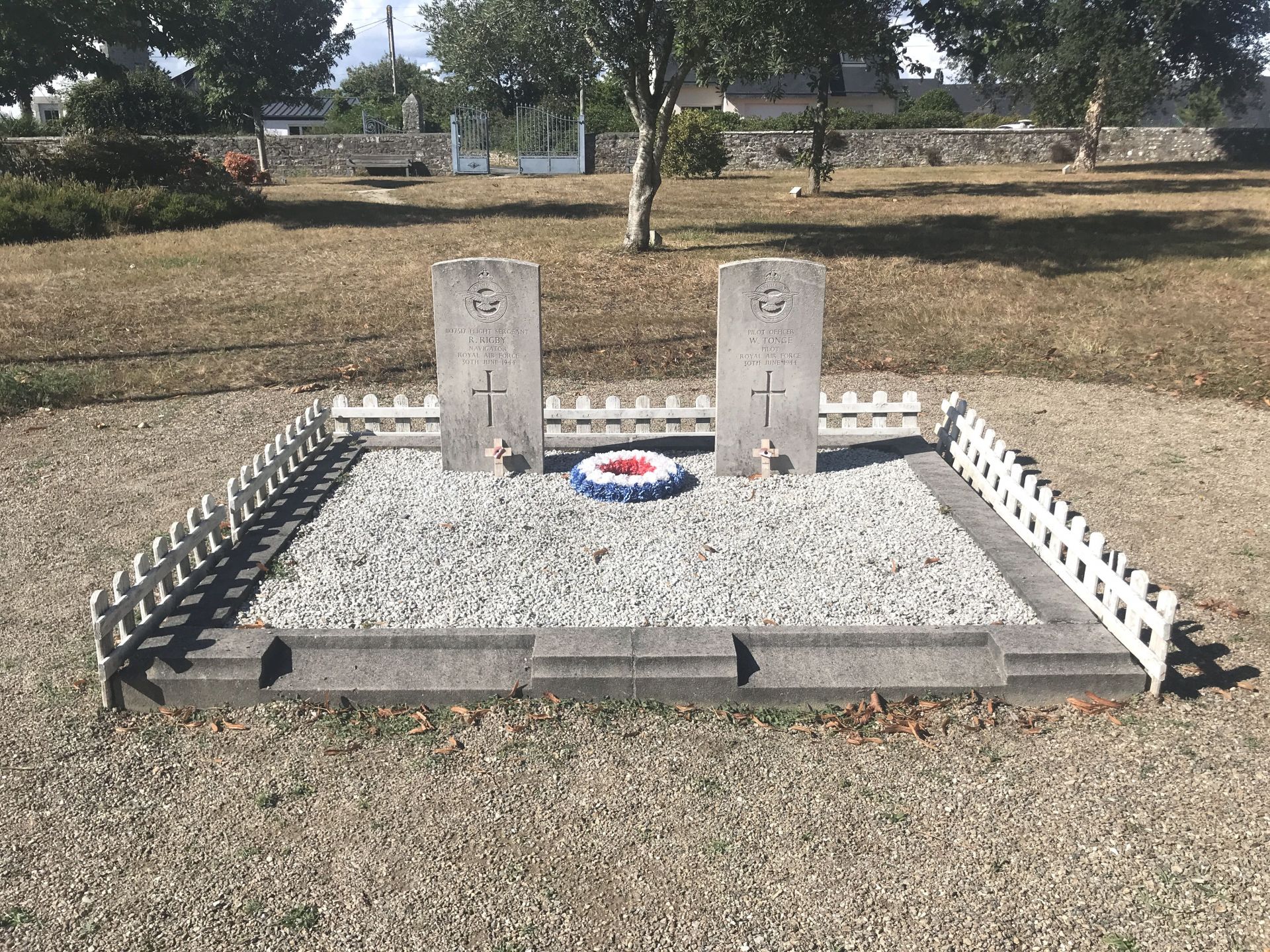 The graves of Rigby and Tonge today. Only these graves remained at the church of Combrit. The rest of the cemetery has been moved.
Photo : Benoit Paquet (ABSA 39-45) 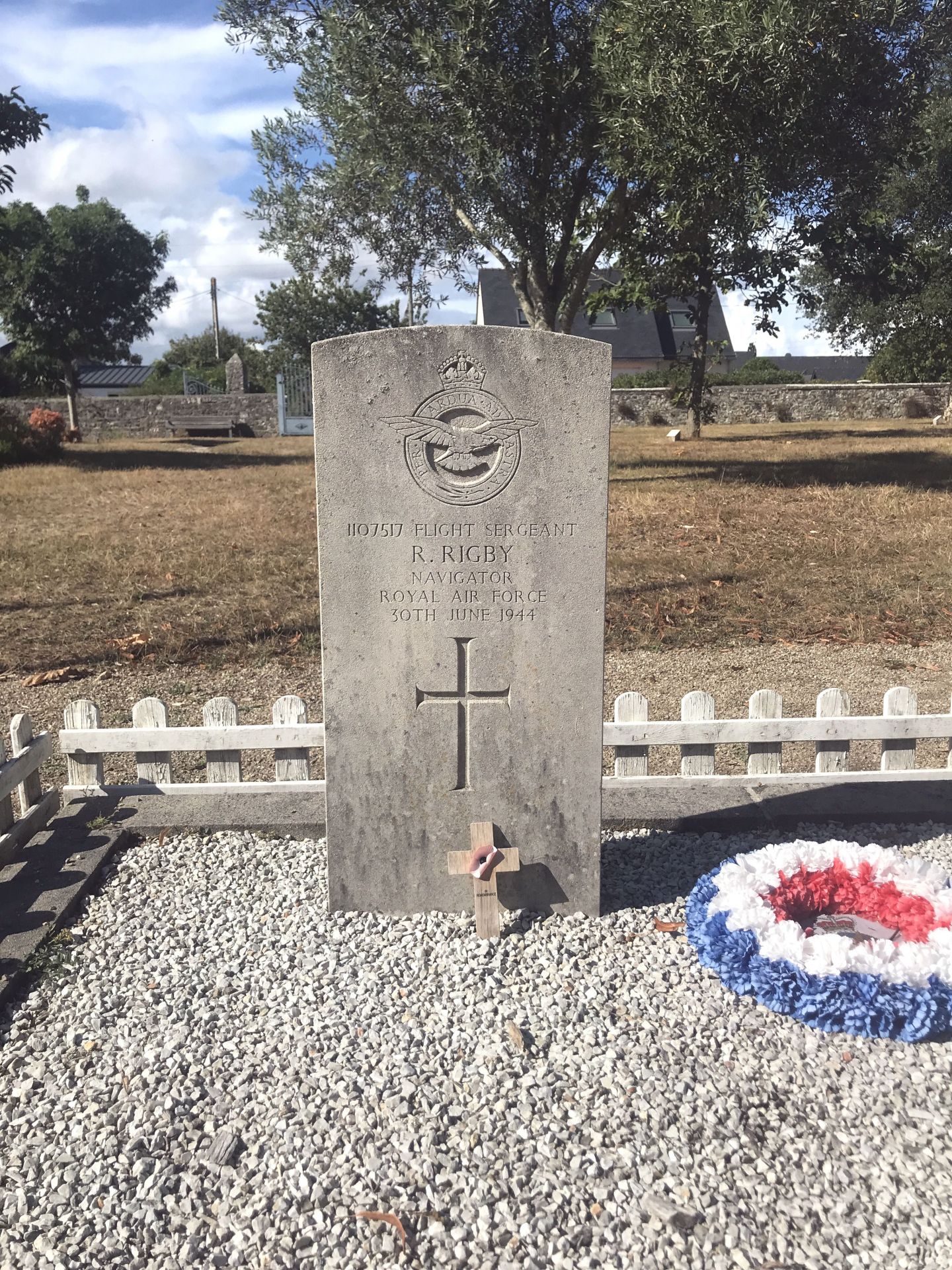 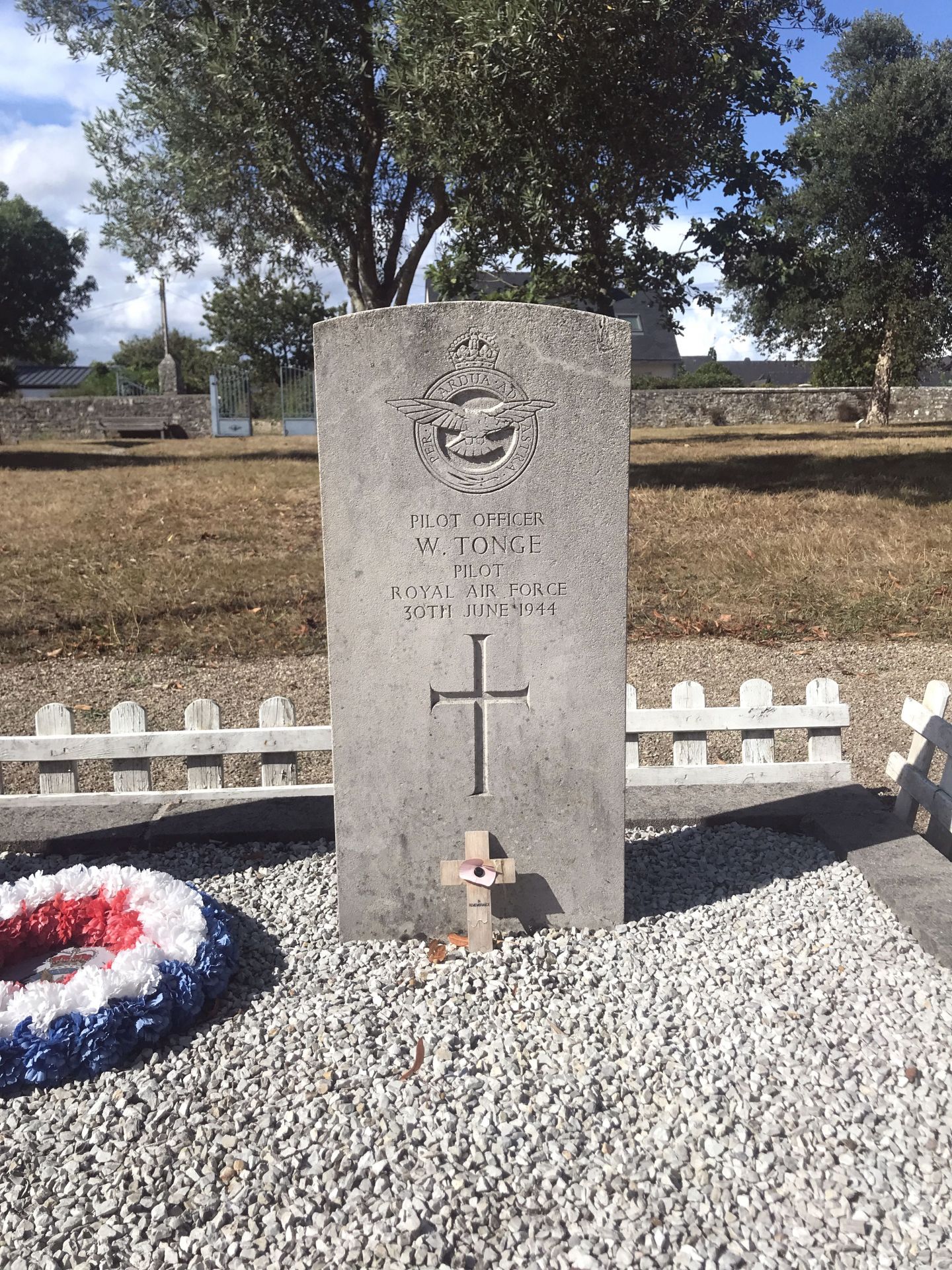 This article tells the mission and the tragic end of the two airmen. In the last part of the article, we read that Walter Tonge was from Brandon district. He joined the RAF in April 1940 and was promoted to Sergeant. In October 1941, he left for Canada where he obtained his "wings". After spending some time in the RCAF, he returned to England in March 1943 and joined a Coastal Command Beaufighter Squadron. On February 16, 1944, he was transferred to Mosquito and was then commissioned in May. He was educated at St Patrick's R.C. School in Langley Moor and then at Johnston School in Durham. Prior to joining the RAF, he was employed as an agent for the Royal Liver Assurance Co. He was a member of Langley Moor Celtic and the Langley Moor Tennis Club. 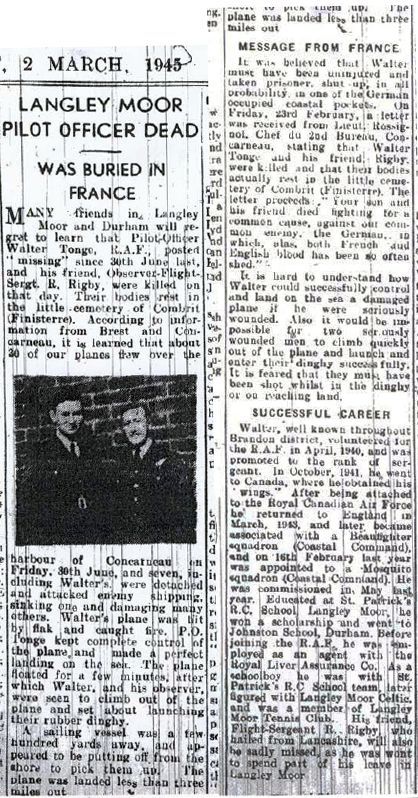