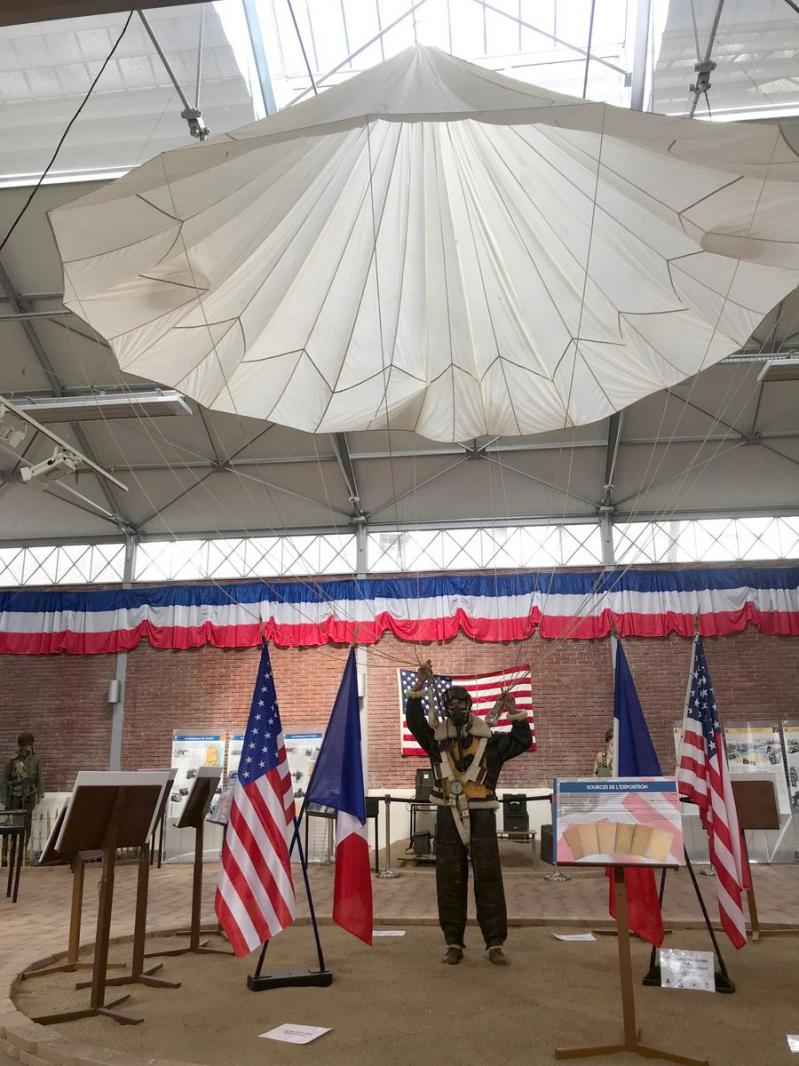 On August 4, 1944, the city of Châteaubriant was liberated but 6 American soldiers were killed. For many years the identity of these soldiers remained unknown in Châteaubriant. The ABSA 39-45 has thus recently helped to find the identity of these 6 soldiers and the city of Châteaubriant has decided to pay tribute to them by organizing an exhibition at the covered market from 27th July to 18th August 2019. ABSA 39-45 of course installed a booth where you can see, among other things, a P-47 engine, a Vickers Armstrong Albemarle propeller hub and a Boeing B-17 propeller blade. Also note the presence of the US pilot under his parachute (collection Pierre Mahé - ABSA 39-45) which welcome visitors at the entrance of the exhibition. 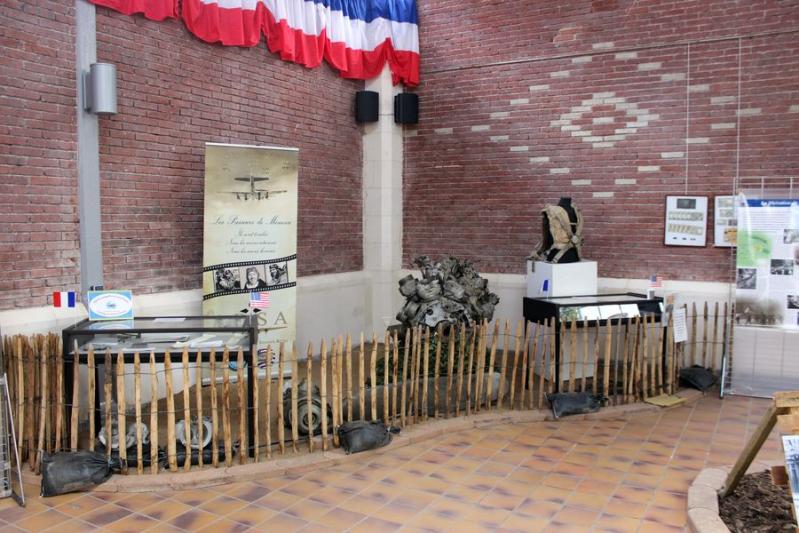 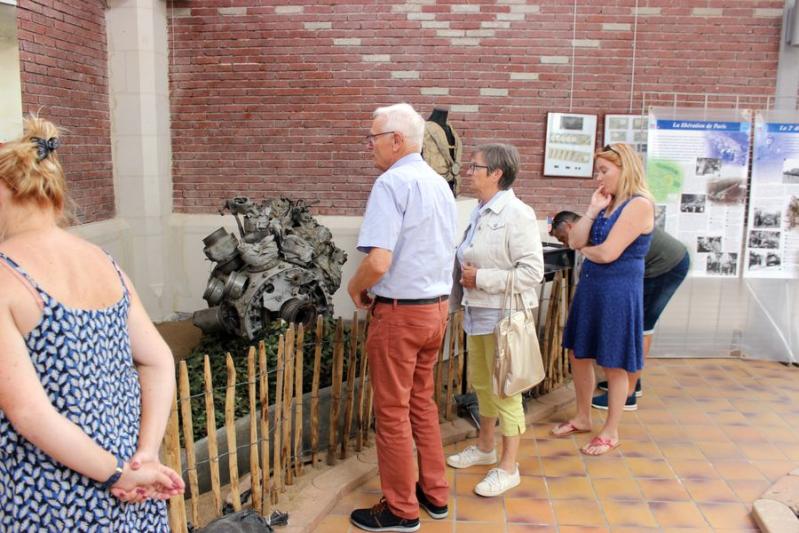 An exhibition was organized at Muzillac the day of this commemoration. André Franc, at the origin of this event, was there, together with the members of the Association Liberty Breiz Memory Group (military vehicles). 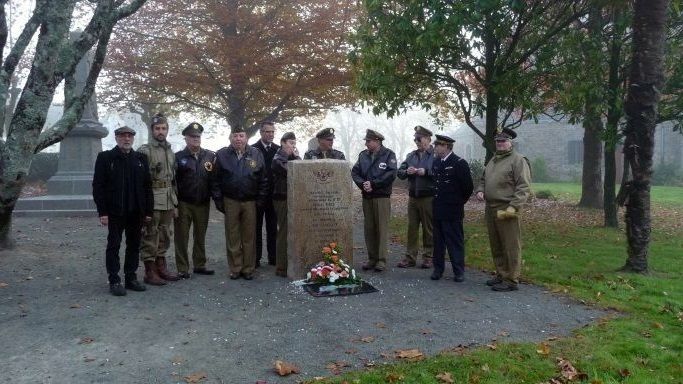 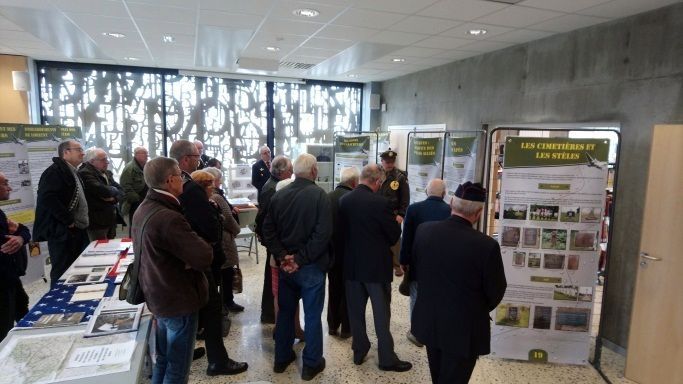 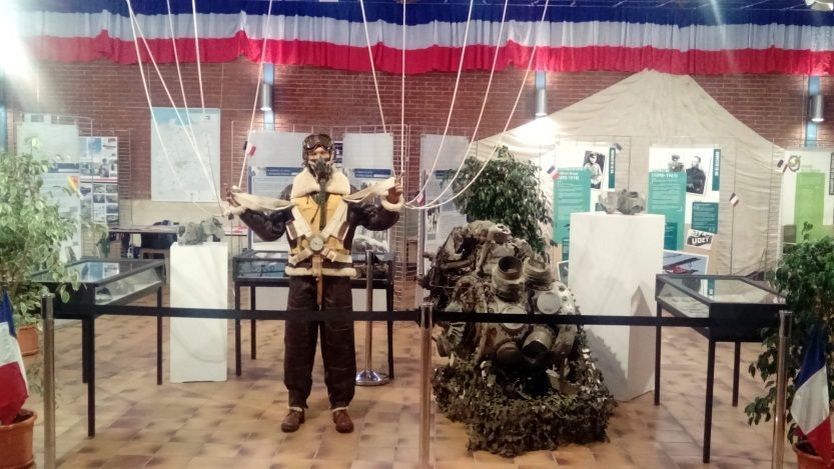 At the entrance, this wonderful exhibition by Pierre Mahé : manikin and engine of a Republic P-47 Thunderbolt
Photo © ABSA 39/45

Upon request by the city hall of Châteaubriant, the ABSA exhibited a whole week in the former covered market of the city. A large space which allowed us to expand us. The theme was on the aviation of WWI and WWII. We presented various parts, including all what we have concerning Harti Schmiedel, engine, personal belongings found on the pilot during the excavations in 2004, that we exhibited in two display cases, an information board and of course the engine. 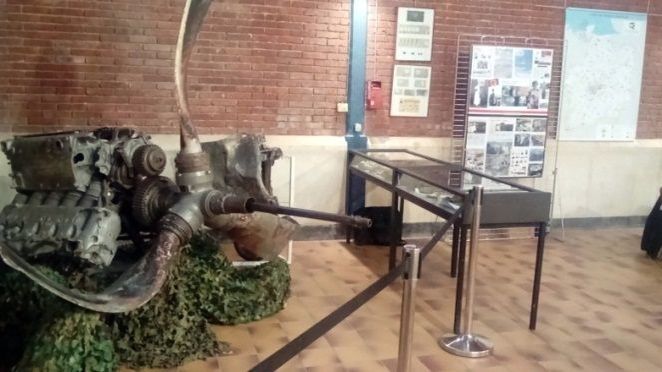 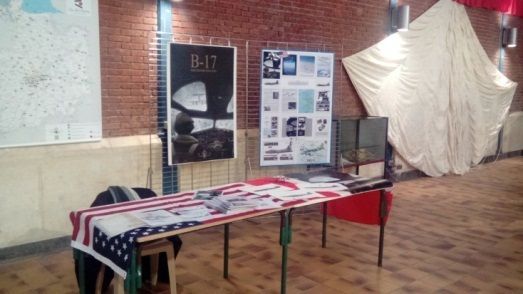 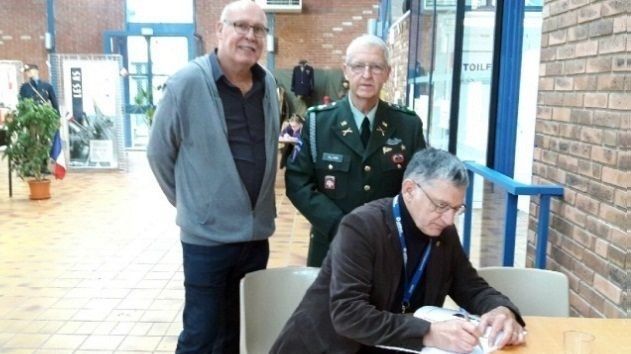 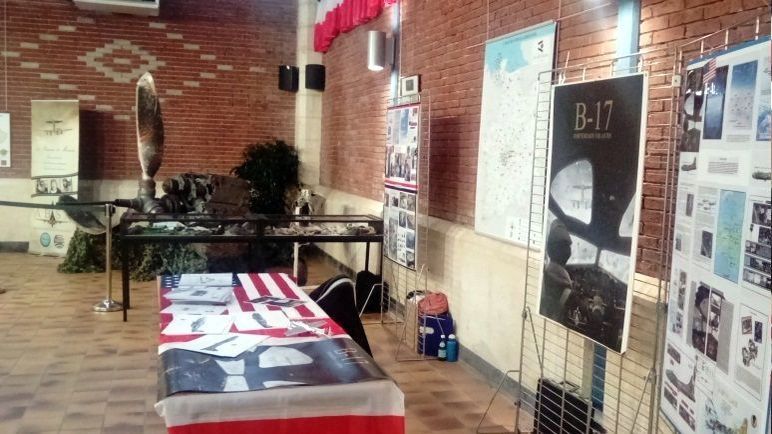 On Saturday 4th, the City Hall had organized a parade and a commemoration at the war memorial of Châteaubriant. At 11:30 am, all the participants entered the exhibition area to take photos in front of the surprising parachutist brought by Pierre. All this little team was majestically led by the granddaughter of General Patton, Helen Ayer Patton, who gave us the pleasure to make a too short stop on our booth.

The team of ABSA 39/45 at the exhibition : Daniel Dahiot, Pierre Mahé, Michel Dolcini, Yves Genachte and above all Barthélémy-Pierre Barré, who was ther faithfully every day of the exhibition. 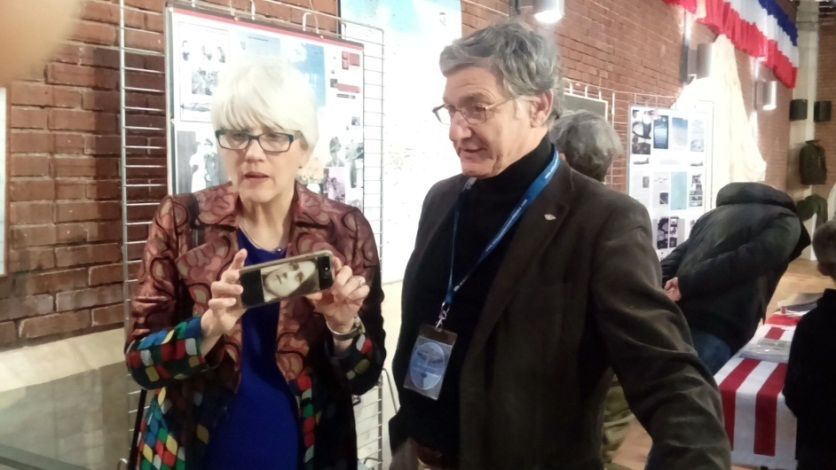